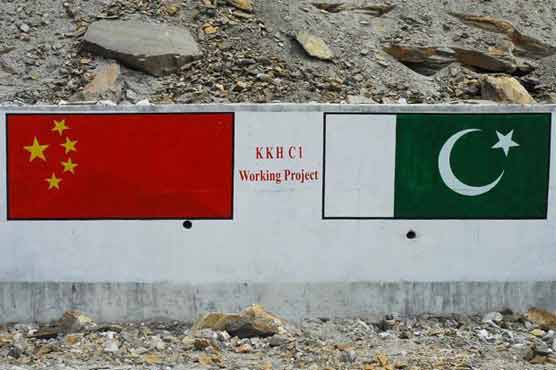 The purpose of the agreement is to keep projects away from any sort of mismanagement.

(Web Desk) – China and Pakistan have reached an agreement to curb the menace of corruption from the projects initiated under the auspicious of China Pakistan Economic Corridor (CPEC). From some time now, voices of bribery, kickbacks, and corruption have been surfacing from various sides; these are the same voices which even raised eyebrows in China. Keeping these concerns in view, this agreement was the need of the hour.

In this regard, not only the government but also Chairman NAB Justice (r) Javed Iqbal has manifested that an agreement had been concluded between the two states. He has stated that a modern Digital Forensic Laboratory has been established which would analyze finger’s prints and perform digital forensic so that every possible loophole found in any project could be reconnoitered comprehensively.

When it comes to curbing corruption, Pakistan can learn a lot from China; the way it got rid of this menace is phenomenal. In the recent years, China has executed its ministers who were involved in corruption and many other officials with the same charge are under trial.

NAB has already expressed its willingness to curb corruption and for this it is ready to go to any length. PTI government, on the other side, has been raising its concerns regarding the projects. Imran Khan in his recent visit to Balochistan has stressed over the projects and their impacts over the provinces. He is more concerned to keep the projects away from corruption.

CPEC is of utmost significance for Pakistan as owing to it future strategic dynamics are going to change. If completed in true letter and spirit, it will affect the country’s economy productively; it is owing to its significance that Pakistan army has assured its security. A project of this much importance needs to be free from corruption.

Taking a leaf out of China’s book

When it comes to curbing corruption, Pakistan can learn a lot from China; the way it got rid of this menace is phenomenal. In the recent years, China has executed its ministers who were involved in corruption and many other officials with the same charge are under trial. China’s signature on the agreement with Pakistan shows prior’s willingness to cooperate with the latter one.

Imran Khan’s message of “learning to reduce poverty from China” in his maiden victory speech might have a lot to do with this agreement. China unparalleled development within a very short span of time is not only exemplary but also worth pondering.

In fact, formation of this agreement should benefit the common man. The money which goes in vain through corruption needs to be utilized to fill the economic needs of country. Not only projects under CPEC should be corruption-free but every other project in Pakistan needs to be free from any sort of mismanagement – hope that day comes soon.