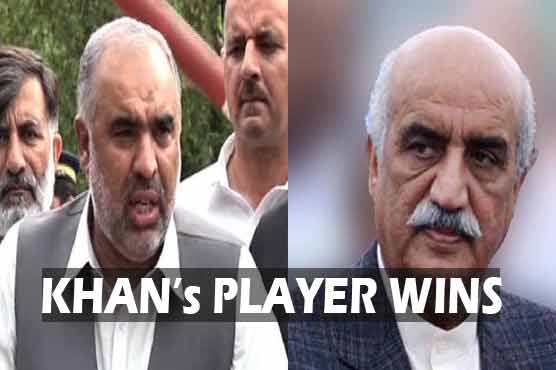 As a matter fact, a highly tight competition was expected between both candidates.

“Qaiser is familiar with all parliamentary practices and traditions and has a working relation with opposition parties.”

Asad Qaiser from provincial assembly speaker slot to national one

On the direction of his party, he decided to leave provincial assembly’s seat and retained the national assembly one. He was favoured National Assembly Speaker’s slot by senior members of PTI. Former CM KP expressed his opinion about him in the following way. “Qaiser is familiar with all parliamentary practices and traditions and has a working relation with opposition parties.”

“I am the most senior legislator in the assembly; in Naya Pakistan, I should be given a chance to lead the parliament.”

Syed Khurshid Ahmed Shah, senior leader of PPP, on the other side, remained Opposition Leader in the previous tenure. In 2013 election, he got elected from NA-199, and in 2018 election, he succeeded from NA-206 (Sukkur-1).

Syed Khurshid Ahmed Shah is one of leading parliamentarians and Opposition Leader from PPP. PHOTO: FILE

Joint Opposition nominated him for National Assembly Speakership. Khurshid Shah asked PTI to withdraw its candidate for speakership. He added, “I am the most senior legislator in the assembly; in "Naya Pakistan", I should be given a chance to lead the parliament.”

Overall, the entire procedure of session remained smooth, and the parties supported their candidates to the limit expected. Secrecy was ensured from all sides. Resultantly, Asad Qaiser got nominated by obtaining 176 votes, which PTI had already claimed. Now that speaker of one of the most decisive houses has been opted, the only thing people of Pakistan hope – Instead of settling personal scores – is the discussion and solution of the issues being faced by them.