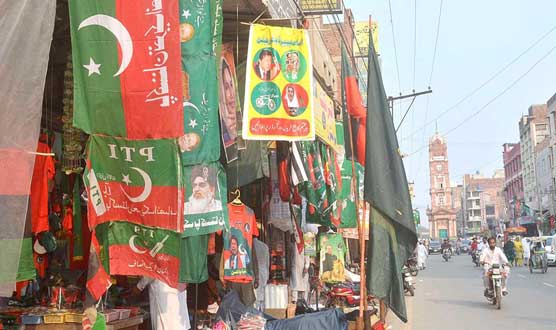 Every party shapes its flag in accordance to the ideology or philosophy it is acting upon.

(Dunya Election Cell) - White, green, and red colours are evident in the flags of Pakistani political parties. Members of these parties have different philosophies attached with these flags. The meaning of flag is symbol but with the passage of time it has gained significance. Everywhere in the world, special care and consideration is given to the preparation of flags as they represent culture, patriotism, local tradition, prosperity, and sign of peace.

The flags of PPP, PML-N and PTI

Talking about the flags of our national parties, PPP’s flag is consisted of three colours: green, red, and black. Green represents Islam, red to socialism and revolution, while the black one represents poverty, injustice, ignorance, and unemployment. Leaders of PPP are of the view that when Pakistan will get rid of these ills, the black colour will be out of its flag. 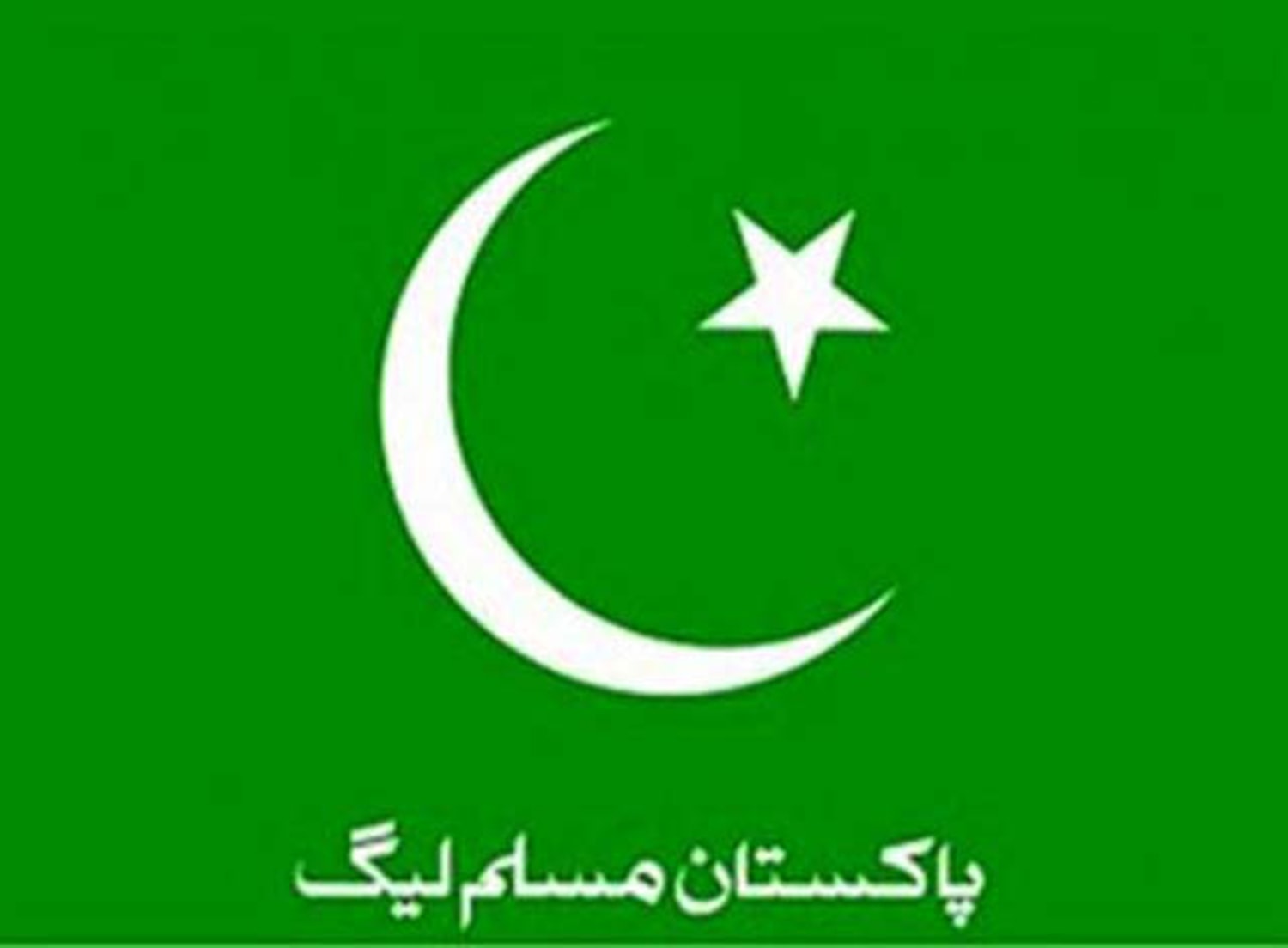 The flag of PTI is consisted of two colours, red and green. The red represents the revolution while the green has been taken from the national flag; same is the case with the crescent and the star. On the other side, the white colour represents the minorities as symbolized by Pakistani flag itself. 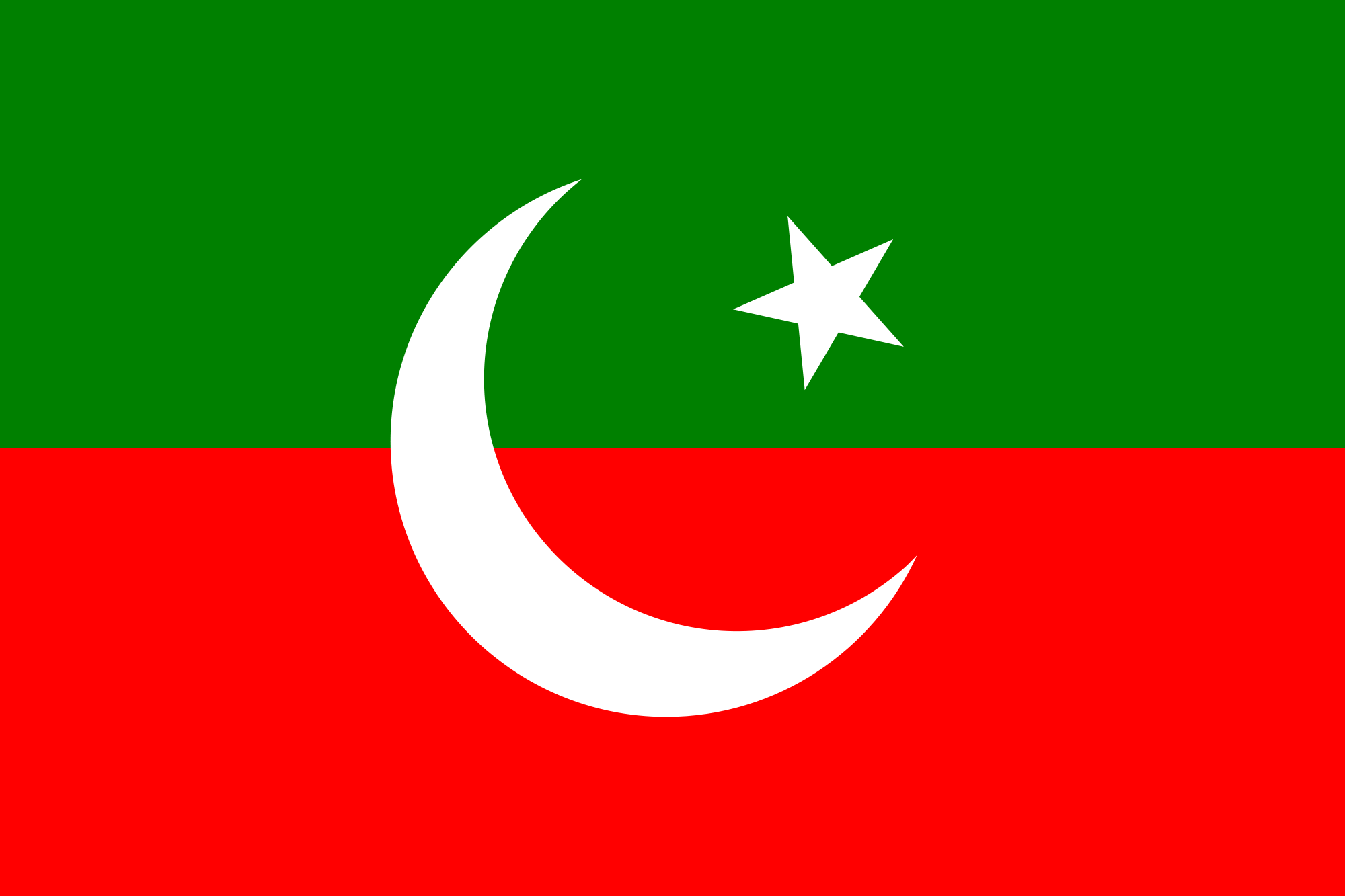 ANP, MQM, and BAP have also their own philosophies attached with their flags

The flag of Awami National Party (ANP) is of red colour which signifies socialism. Although every party claims to uplift the economic situation of the masses but the in reality they are failed and it is evident from the contemporary situation of Pakistan. 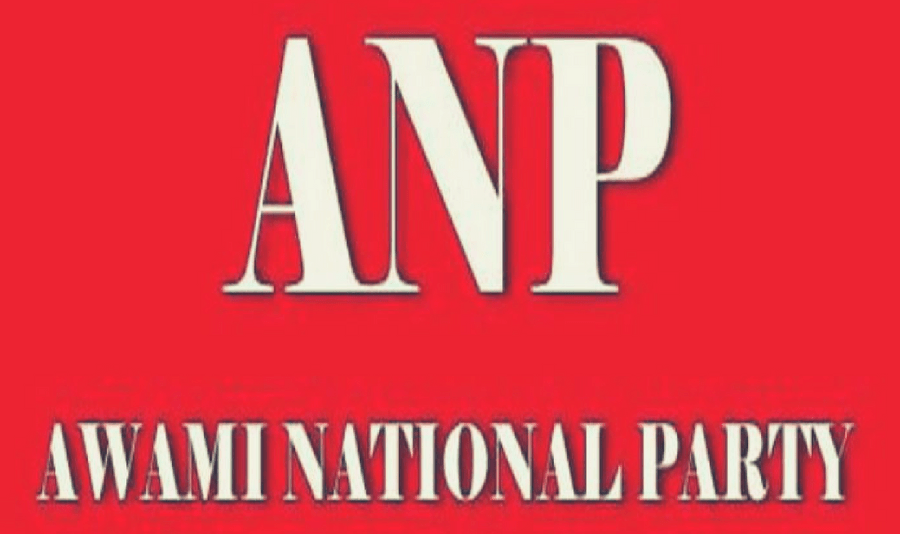 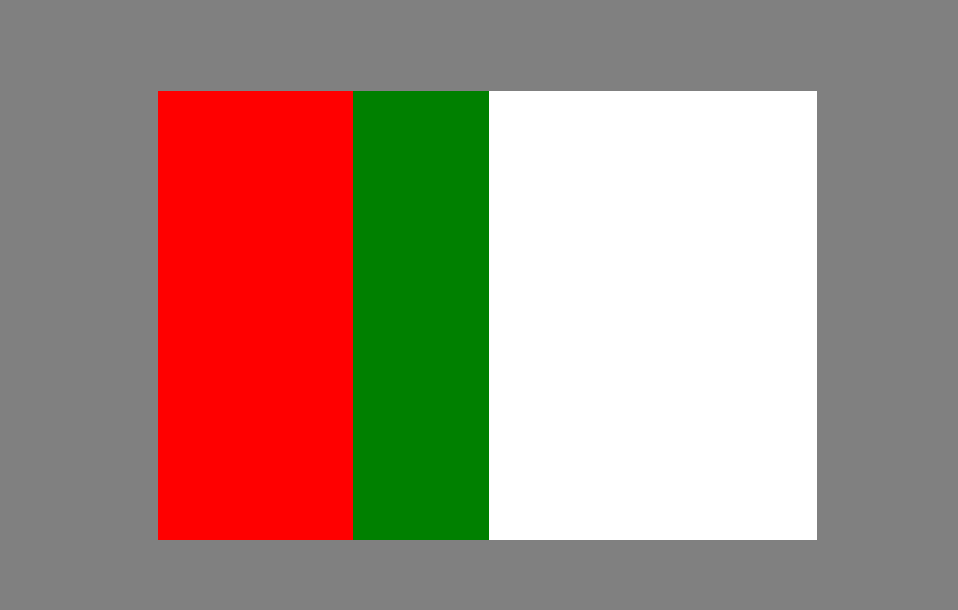 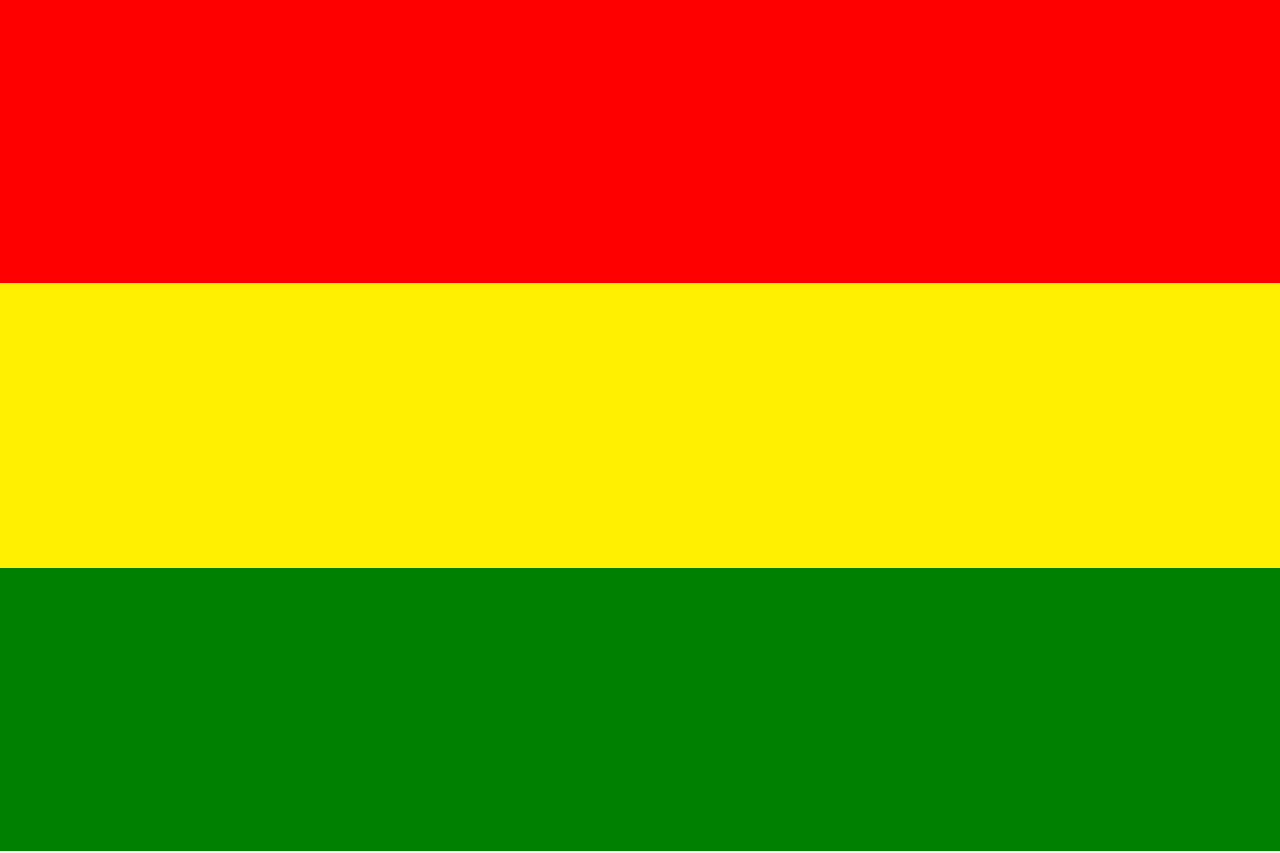 The flag of Jamhoori Watan Party is consisted of four stars with red and green colours. According to the party sources, red colour denotes struggle, green prosperity, and the stars represents all the four provinces. 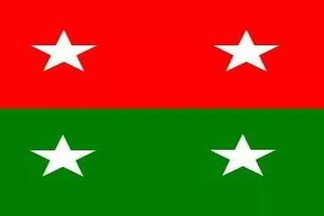 PukhtoonKhwa Milli Awami Party is one of the largest parties of Balochistan. The flag is consisted of red, white, and green colours and red star. In it, the red colour epitomizes revolution or change, white to peace, green to development, and the star to leadership.

JUI (F) flag is consisted of black and white straight lines. According to party leadership, it is proven from hadiths that the holy Prophet (pbuh) used to use this flag the colour of which separates lie from truth. This is why it is the flag of the party. 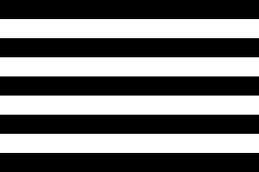 The flag of Jamaat-e-Islami, right-wing religious party, is consisted of blue, white, and green colours. On its centre, there is a crescent and a star. And on it, Kalma Tayyaba is mentioned. The green colour has been taken from Gumbad-e-Hazra and denotes revolution coming from the religion of the holy Prophet (pbuh). 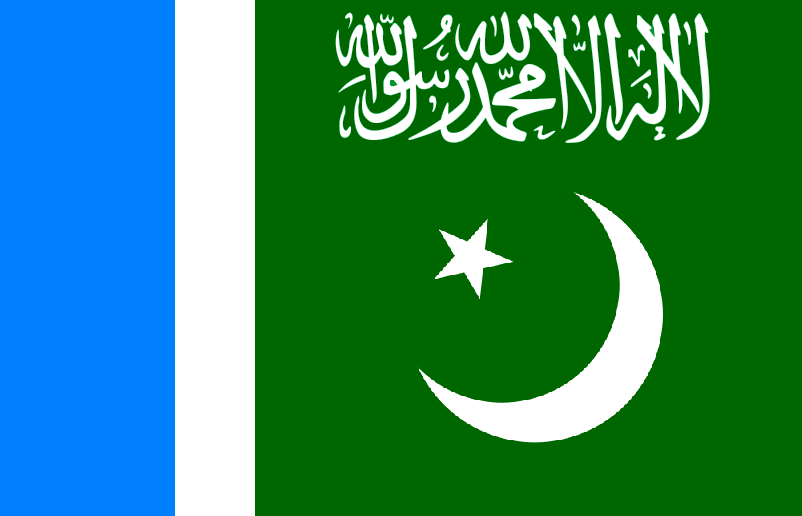 The flag of TLP is majorly of green colour which also symbolizes the colour of Gumbad-e-Hazra. The holy Prophet (pbuh) used to wear a turban of green colour. 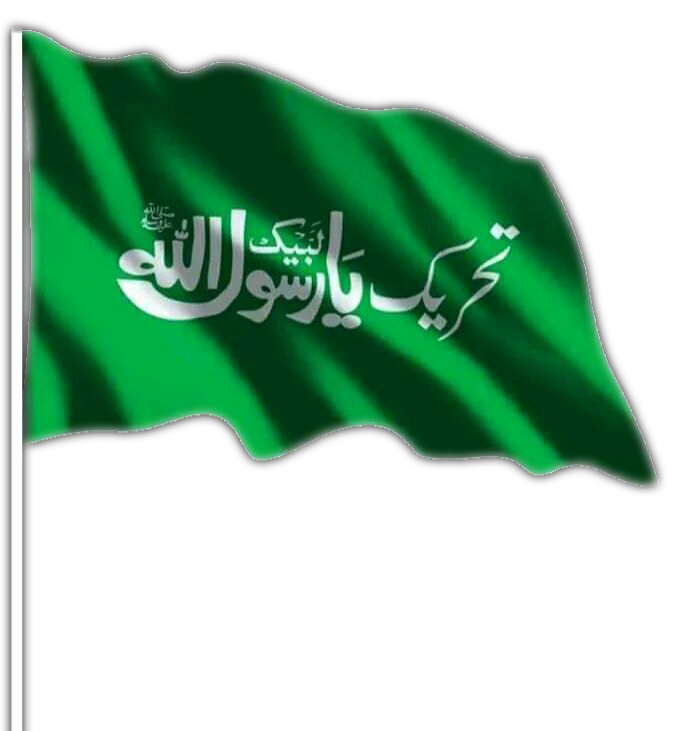 On the other side, a new political party with the name of Allah hu Akbar movement has been registered in ECP. In its flag Allah hu Akbar is mentioned. Its electoral symbol is chair and its leadership is committed to make Pakistan fortress of Islam.

MMA is the alliance of political and religious parties, which was established before the elections of 2002. This alliance is active once again before the general election 2018. For election campaign, the flag which is being used by MMA has a crescent and a star. In crescent, Allah hu Akbar is mentioned. The leaders of this alliance are of the view that the white colour is of Islam and the first Islamic flag was of the similar colour. While the crescent shows Islamic thoughts and the star is the symbol of Islamic harmony. 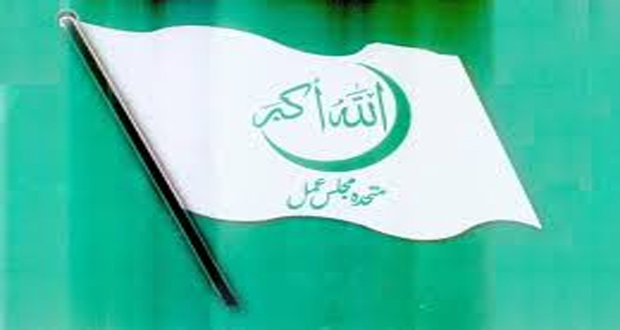 GDA that has been established against PPP is being headed by leader of PML-F Pir Pagara. The colour of its flag is green and there is a white star in middle of it. According to the leaders of this alliance, the green colour represents diverse views that belong to various leaders who are from different parties. GDA’s leaders are of the view that this alliance has been formed to end the monopoly of PPP in Sindh. While the star of five edges shows the unison of numerous ideologies of the leaders who have gathered to form this alliance.

Also read: Election 2018: PPP amid the huddle of alliances and changing affiliations

According to experts, undoubtedly political parties in Pakistan have been formed on different ideologies but at the time of legislation, relevant ideologies of leaders from different parties are overlooked. This is the reason the flags are like slogans and manifestoes which are used to grab masses’ attention rather providing them some benefits. After the charm of election ends, they (flags) are preserved for the next elections.