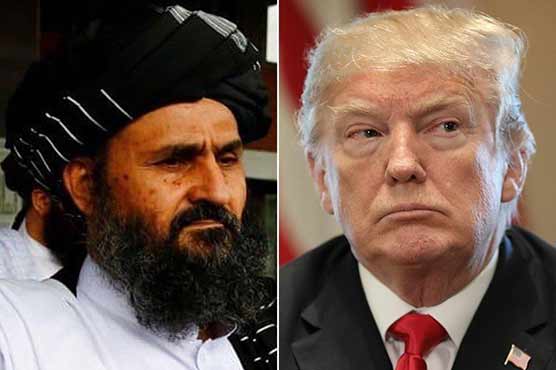 "The President of the United States... held a phone call with the Political Deputy of the Islamic Emirate, the respected Mullah Baradar Akhund," spokesman Zabihullah Mujahid tweeted.

#Breaking
The President of the United States Trump @realDonaldTrump held a phone conversation with the Political Deputy of the Islamic Emirate, the respected Mullah Baradar Akhund. Details later. pic.twitter.com/p1iJpempNz

The call came a day after the Taliban ended a partial truce and threw into doubt peace talks between Kabul and the insurgents that are due to begin on March 10.

Under the terms of the agreement signed on Saturday in Doha, foreign forces will quit Afghanistan within 14 months, subject to Taliban security guarantees and a pledge by the insurgents to hold talks with Kabul.

On Monday, speaking at a Pentagon news conference, US Defense Secretary Mark Esper said that he had given the top US commander in Afghanistan the go-ahead to begin the initial withdrawal of US troops.

Esper said he was not sure whether the drawdown had begun, but said it is required to start within 10 days of the signing on Saturday of a peace deal with the Taliban. Esper said Gen. Scott Miller, the US commander in Kabul, has the authority to begin withdrawal of forces to about 8,600 from the current total of nearly 13,000.

Esper said the US expects violence will “taper off,” leading to a start by March 10 of peace negotiations among Afghan groups, including the Taliban.

Earlier, United States Secretary of State Mike Pompeo acknowledged on Sunday that the road ahead in Afghanistan will be rough following the historic peace deal between United States and Taliban.

During an interview, Mike Pompeo said "No one is under any false illusion that this won’t be a difficult conversation, but that conversation for the first time in almost two decades will be among the Afghan people."

Referring to US-Taliban deal, he said, “We’ve built an important base where we can begin to bring American soldiers home, reduce the risk of the loss of life of any American in Afghanistan."