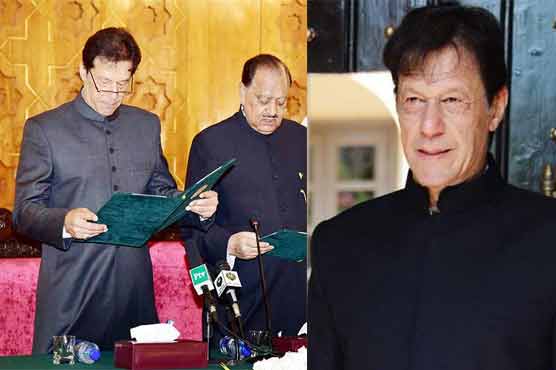 Imran Khan oath-taking ceremony was covered everywhere, inside and out of Pakistan.

(Web Desk) – Imran Khan oath-taking ceremony was watched everywhere in Pakistan; international media also covered it. It was the third consequent democratic transition which was long-waited in Pakistan. Imran was lucky enough to gain premiership after 22 years of hard struggle. Masses voted for the new party with an aim to see real change that Imran Khan inspired in them. Here are the headlines showing how international media covered this ceremony. 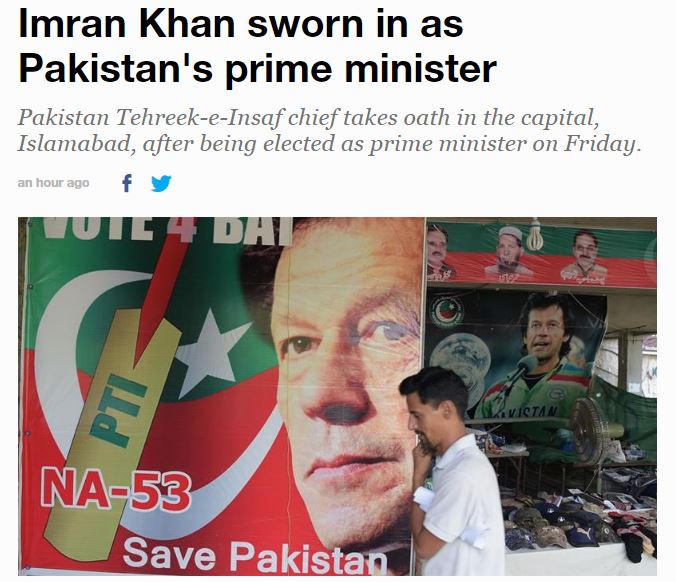 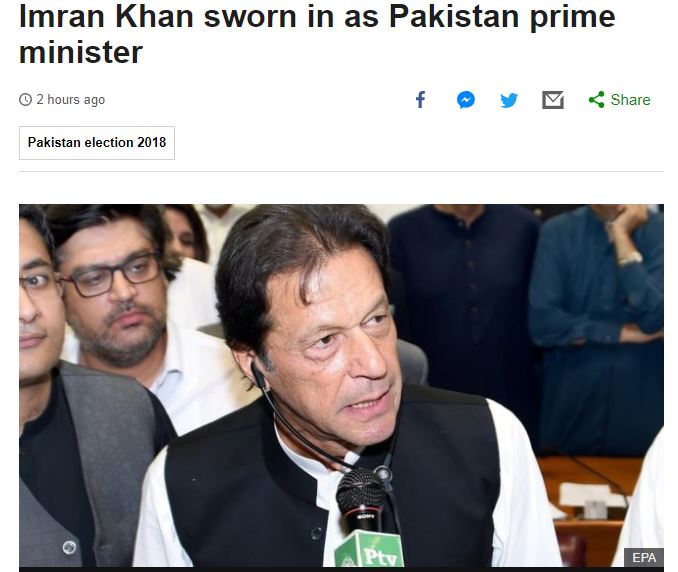 Financial Express focused over the Urdu linguistic mistake that Imran Khan made during oath-taking. Photo: Screenshot 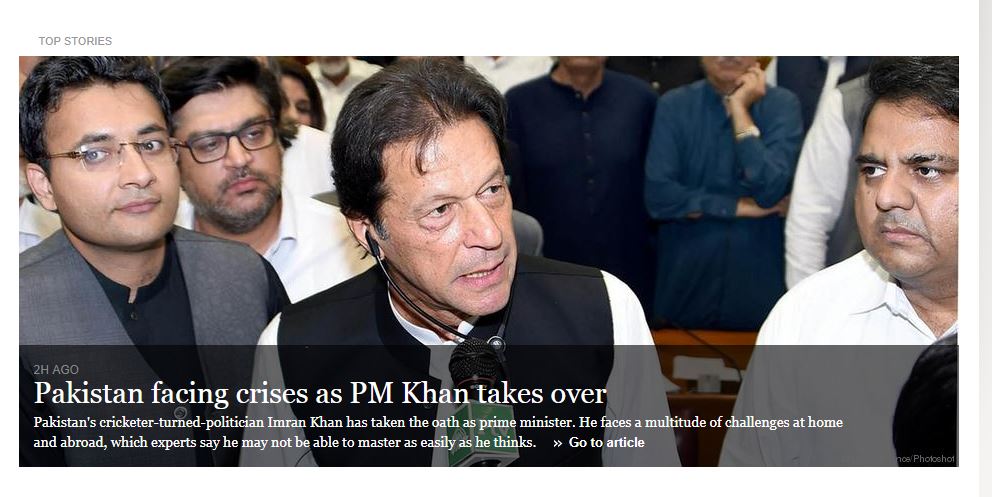 DW explored the crises that lie ahead for PTI and its leader and how they would be facing it. Photo: Screenshot

Gulf News discussed Imran Khan s political struggle and how it helped him in gaining this premiership. Photo: Screenshot 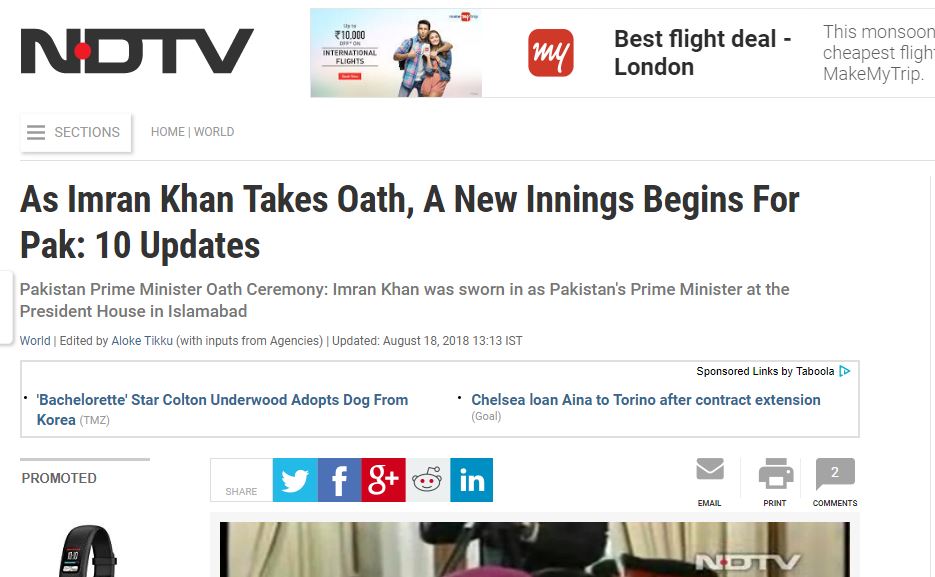 Overall, the interest of international media shows how much importance Imran Khan holds. Relations with other countries will definitely be affected under Imran Khan’s leadership. The above mentioned media and others were quite interested and explored the situation in accordance to its own viewpoint, hoping his leaderhsip will bring positive change.