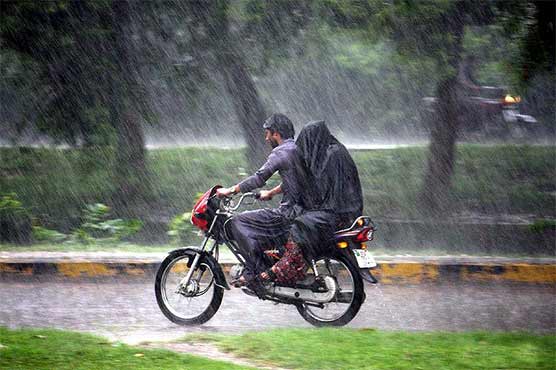 (Web Desk) – Nation Weather Forecasting Centre of the Pakistan Meteorological Department has issued an alert and warned authorities about the expected rain during the next two days. There will be thundershowers in various cities of upper Punjab, lower Sindh, Khyber Pakhtunkhwa (KP), Eastern Balochistan and Kashmir in the next 48 hours.

It was earlier told the pre-monsoon season had commenced from this week. Met Office said the monsoon incursion is expected to increase from Wednesday which is also the third day of Eid-ul-Fitr. “A westerly wave in the meantime is expected to grip upper parts of the country,” it added.

The detailed forecast for nationwide weather during the next two days is given as follows:

Relevant information has been taken from the PMD website.