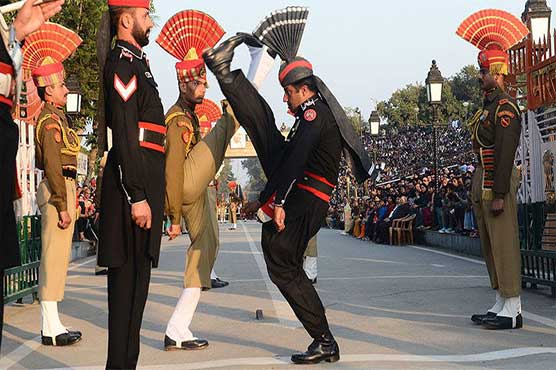 LAHORE (Dunya News) – India’s Border Security Force (BSF) has refused to hand over the Pakistani man who mistakenly crossed the Wagah Border in Lahore during the traditional flag-lowering ceremony.

20-year-old Pakistani national named Abdullah came to witness the traditional parade. He crossed the border at a time when people were arriving in the stadium to watch soldiers from Pakistan and India carry out flag-lowering ceremony.

The Swat-born man had come alone to attend the parade, according to initial investigation. From his actions, it is being assumed that he is mentally ill.

Rangers sources stated that some soldiers tried to stop the young man but he suddenly jumped across the zero line and illegally entered the Indian territory.