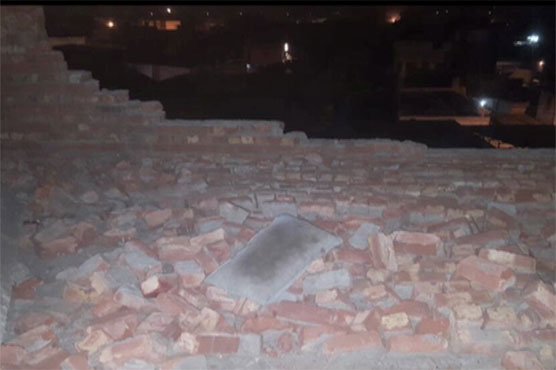 Three people were killed when wall of a house collapsed due to dust storm in Lahore on Friday.

LAHORE (Dunya News) – At least three people were killed when wall of a house collapsed due to dust storm in Misri Shah area of Lahore on Friday night, Dunya News reported.

According to details, wall of a house situated in Misri Shah collapsed due to strong winds, burying at least seven people under the rubles. Police and Rescue teams reached the spot and retrieved three dead bodies and four injured from the debris.

The deceased were identified as Irfan, Yasin and Bashir. Those who were injured in the incident included Nauman, Ramzan, Mehboob and Mohsin. The dead and injured were shifted to a nearby hospital.

The bodies of the deceased were handed over to their heirs after autopsy. Police sources said that Irfan belonged to Nankana Sahib, Yasin was resident of Bahawalpur and Bashir was from Pak Pattan.

In Pictures: This is how Lahore Orange Line train looks like