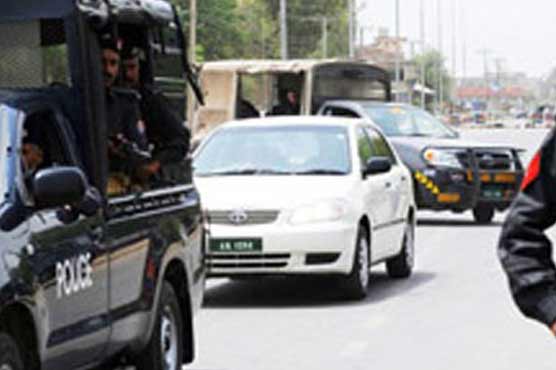 Police blocked roads for PM Nawaz and his convoy to pass.

LAHORE (Web Desk) - A woman gave birth to a baby girl in an auto-rickshaw stuck in a traffic jam when police closed roads to let Prime Minister Nawaz Sharif’s motorcade drive by.

The woman identified as Tayyaba, who is resident of Dharampura area, was being driven to Services Hospital on Friday when police blocked Canal Road for PM Nawaz and his convoy to pass.

She could not reach hospital in time and gave birth to bay in the auto-rickshaw. They were taken to hospital after 10 minutes.

“Both the mother and the baby were doing well,” a doctor said.

Security for government leaders is tight in Pakistan where terrorists have carried out numerous bomb attacks, many on convoys carrying top officials or members of the security forces.

In February 2010, a woman in Quetta gave birth to a baby girl in a rickshaw stuck in a traffic jam that caused by closure of roads due to former president Asif Ali Zardari’s visit to the city.