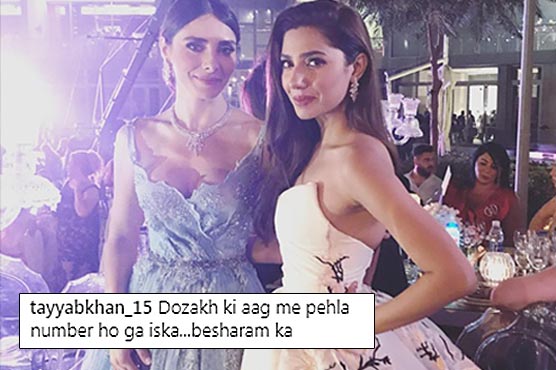 (Web Desk) – A number of people passed derogatory remarks against Mahira Khan on Instagram and Twitter after she posted photos of her beautiful outfit at the Beirut International Awards Festival.

One particular case was spotted on Instagram where people ‘high on morality’ said her dress was against the teachings of Islam. People wrote highly objectionable comments on her photo with popular Turkish series Mera Sultan star Nur Fettahoglu aka Mahidevran Sultan.

How people subjected Mahira of derogatory remarks over her dress: 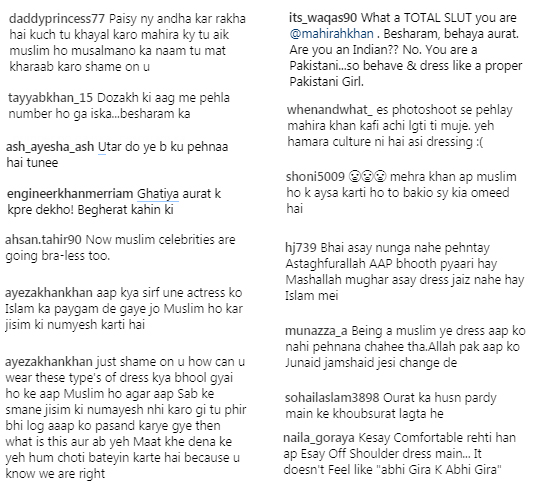 She attended the 8th annual BIAF on Sunday where she won the International Recognition Award. BIAF also acknowledged her as the best dressed celebrity of the night. 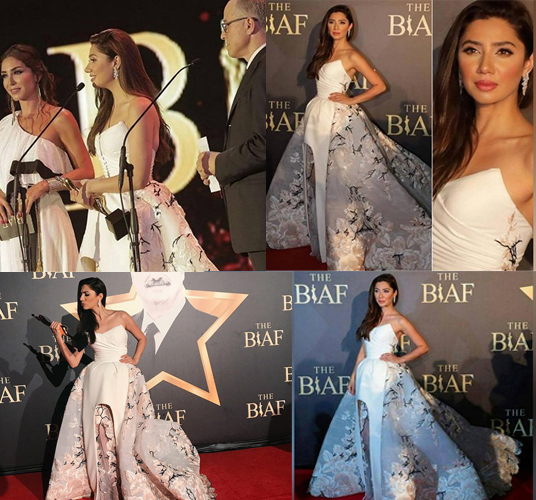 The Raees actress looked flawless in her white gown at the red carpet. She dedicated her award to Pakistan and said, "Being awarded internationally feels like your country has been awarded. You are there because of the love and respect the people of your country have given you. Our efforts get recognised due to hard work.”

She expressed her passion at the event saying, “I am Mahira Khan from Pakistan always”. She posted the picture and video at the award ceremony on Twitter. The Humsafar star will soon feature in two movies with Ae Dil Hai Mushkil actor Fawad Khan, including Bilal Lashari’s Maula Jatt and Shoaib Mansoor’s Verna.

The story was compiled by Umair Sohail