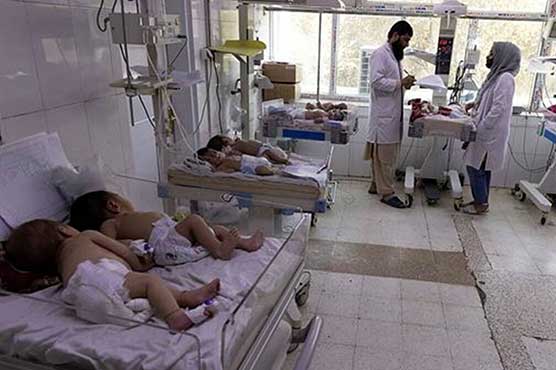 With a heavy flow of families coming in, hospital has admitted 450 children and turned others away

KABUL (Reuters) - In Kabul s main children s hospital, the crumbling of Afghanistan s health system is reflected in the eyes of exhausted staff as they eke out fast-diminishing stocks of medicines.

As crowds of mothers and sick children fill waiting rooms in the Indira Gandhi Children s Hospital, medical staff are squeezing three babies into a single incubator and doubling them up in cot-like infant warmer beds.

Nurses who once took care of three or four babies each are now having to look after 20 or more to make up for the absence of staff who fled the country when the Taliban seized power in August.

"We tell each other that we have do this work, if we don t do it, these problems will become big, it s a loss for ourselves, our society and for our country," said Dr Saifullah Abassin as he moved from bed to bed in the crowded intensive care unit.

Although the number of blast victims and war wounded have fallen since the fighting ended, Afghanistan s hospitals are grappling with the fallout of a rapidly spreading economic crisis that has threatened millions with hunger.

U.N. agencies say as much as 95% of the population does not regularly have enough to eat and last month, the head of the World Health Organisation warned the health system was on the brink of collapse as international aid has dried up.

Lack of support for the $600 million Sehatmandi health service project administered by World Bank, has left thousands of facilities unable to buy supplies and pay salaries, threatening health services at all levels from village clinics to hospitals offering caesarian sections.

STAFF NOT PAID IN MONTHS

For the medical team, it is the acute staff shortage that is causing the heaviest strain. They have not been paid in months and often struggle even to pay their car fare to work.

"We only ask from the government firstly that, they should increase our staff," says Marwa, the nursing supervisor in the nursery ward. "Because of the changes, most of our colleagues left the country."

Nurses who would normally be taking care of three or four babies for each nurse are now handling 23. "It is a lot of load on us," she said.

Mohammad Latif Baher, assistant director of the Indira Gandhi Children s Hospital, said officials from the U.N. children s agency UNICEF have given some help but more is needed quickly to fill the shortage of medicines and supplies to treat malnourished children.

"They (international organisations) have promised more aid. And we hope that they will keep their promises," Baher says.

The hospital, built during the Soviet era in 1985 and financed by Indian aid money, has 360 beds but is operating well over capacity because of the lack of functioning clinics in the provinces around Kabul.

With a heavy flow of families coming in, the hospital has admitted 450 children and turned others away, he said.

Arzoo, who brought her eight-month-old daughter Sofia in for treatment, already lost one of her five children to malnourishment-related illness and is desperate not to lose another.

"We had a water tank at home – we sold that and used that for treatment," she said, even though the cost means Sofia s four siblings at home do not have much to eat. "Their father came in the morning and told me the kids don t have anything. When they (hospital) provide some food, I portion it out and send some home to the kids." 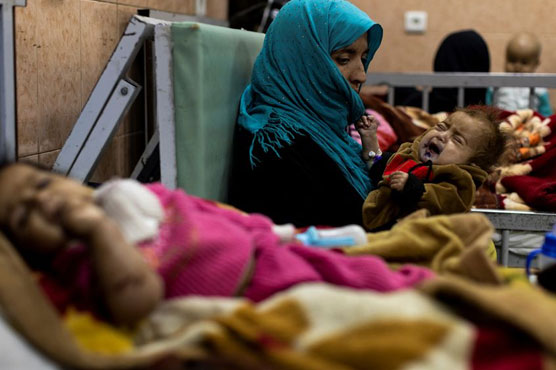 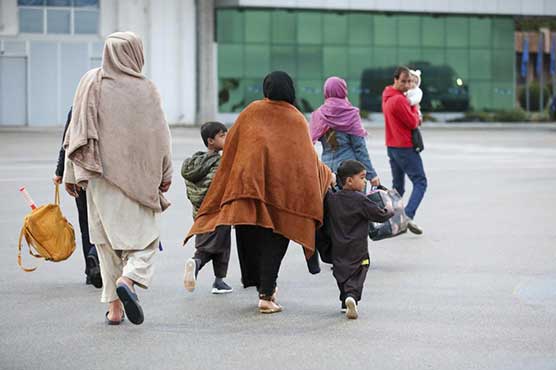 Secrecy shrouds Afghan refugees sent by US to base in Kosovo 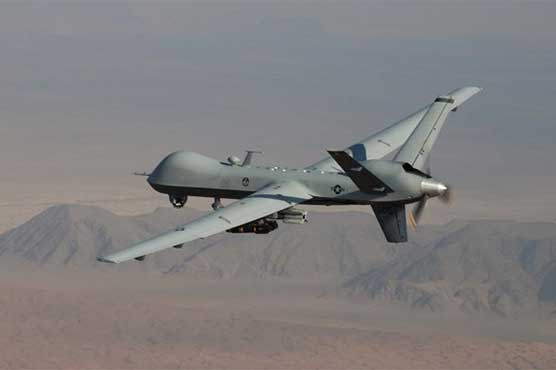 US to use Pakistan's airspace to carry out military operations in Afghanistan: CNN