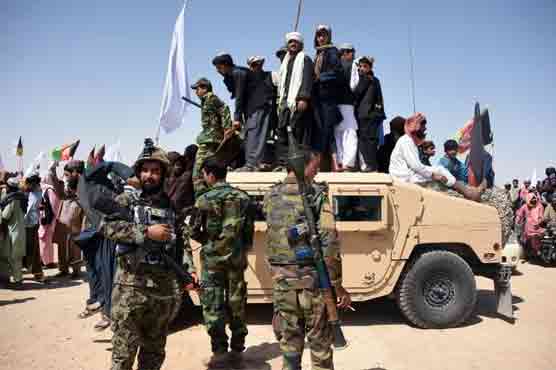 According to media report, these districts include Shor Tapa in Balkh, Chak and Sayed Abad in Maidan Wardak, Rustaq in Takhar and Arghistan in Kandahar, adding another layer of complexity to the alarming situation that has emerged following the fall of territory to the militant group.

Takhar lawmakers in Parliament said Rustaq is the 13th district in the northeastern province that has fallen to the Taliban in recent weeks.

“The Shirkhan border town is fully under Taliban control. Reports indicate that Aqina border town has also collapsed and Ai Khanum town, that shares a border with Tajikistan in Dasht-e-Qala district, is also under threat,” said Hamiduddin Yuldash, an MP from Takhar.

The fall of strategic districts in the north, south and west has created concerns over the possible infiltration of Taliban into the income-generating territory in the country, including the Shirkhan town in Kunduz on the border with Tajikistan.

Kunduz s provincial council and a private sector entity said that they are concerned about the loss of Shirkhan s incomes to the Taliban and warned of threats posed to other border towns – the Aqina border town in Faryab and Ai Khanum in Takhar.

“Security problems have increased recently. Sometimes the customs department and the finance ministry tries to transfer its employees from one place to another,” said Hujjat Fazli, the CEO of Harakat, an entity facilitating investment opportunities for the private sector.

“We ask the government to pay serious attention to Shirkhan border town, to retake it,” said Khaluddin Hakimi, a member of the Kunduz provincial council.