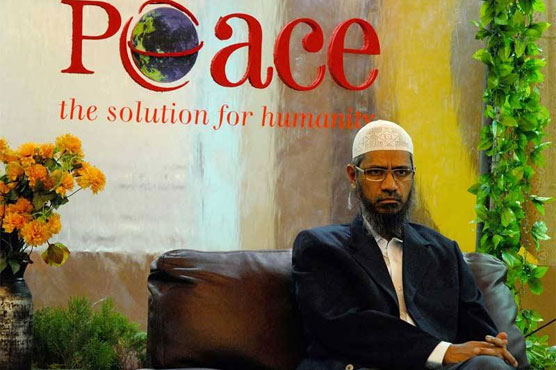 According to details, the Indian government has accused Zakir Naik of delivering provocative speeches.

A few days back the government had banned foreign donations to the NGO.

The decision to enforce the ban has been made in a meeting of central cabinet headed by Narendra Modi under the Unlawful Activities (Prevention) Act (UAPA).

The ban will force closure of IRF offices and interests across the country.

The preacher is under the scanner after the Dhaka café attack in July which claimed the lives of atleast 20 hostages.

Bangladesh has allegedly declared that two of the suspected terrorists involved in the attack were influenced by Dr Zakir Naik’s speeches.

Dr Zakir while rejecting the allegations has said that his statements and speeches have been doctored.

Merkel to be the new 'leader of the free world'?