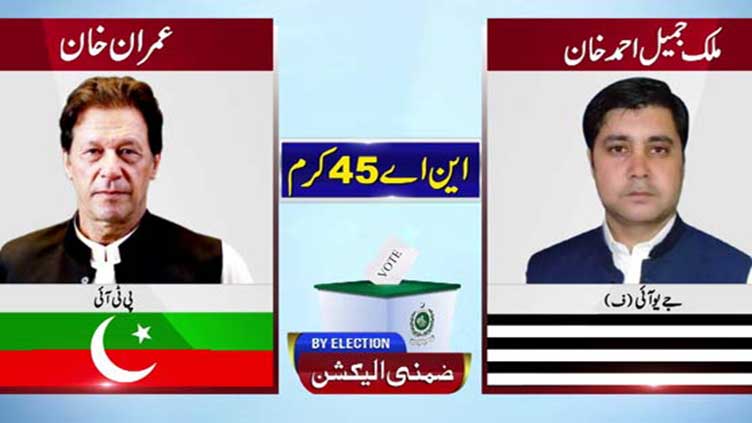 According to unofficial results of total 143 polling stations, the PTI chaiman Imran Khan won the by-election for NA-45 Kurram by obtaining votes 20,748, Jamil Khan could only secure 12,718 votes.

Polling began at 8am and continued till 5pm without any break.

It is pertinent to mention that the by-election was originally postponed from Oct 16 due to the law and order situation in the constituency.

The Election Commission of Pakistan (ECP) spokesperson for K-P division said a day earlier that there were 198,618 registered voters, among which 111,349 were men and 87,269 were women.