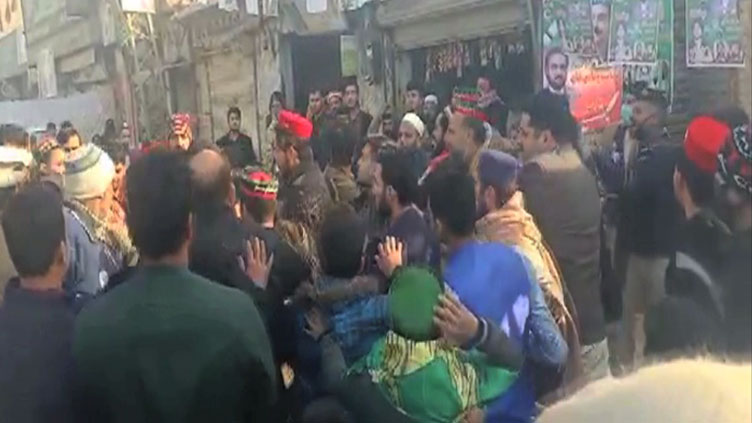 Several people have been killed in the clashes.

In Peshawar’s Tehsil Shah Alam clashes erupted outside woman polling station after supporters of a political party tried to enter the station. Police have also arrested a man from ladies polling station in Pishtakhara area.

In Khyber, shots were fired and furniture of polling station was damaged, while a scuffle also erupted between polling agents in Charsadda.

Another scuffle between candidates in Dera Ismail Khan injured one person; however, police have arrested the suspects.

In Karak, polling was suspended in Faqeer Khel area after two people were shot dead and four others were injured.

Also in Darra Adam Khel , the polling process was stopped at various polling stations due to clashes.

Polling was also suspended in a polling station of Jamrud after two candidates of general councilor clashed. Police fired aerial shots to disperse the crowd.