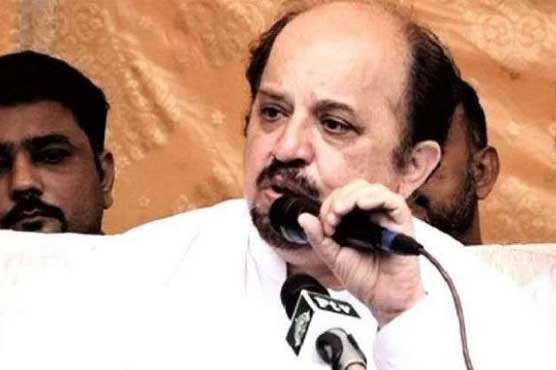 KARACHI (Dunya News) Pakistan Tehreek-e-Insaf (PTI) has decided to go to court against the removal and transfer of IG Sindh Syed Kaleem Imam.

PM Imran Khan telephoned Governor Sindh to discuss issue of IG transfer and directed him to take all stake holders into confidence.

PTI Leader Haleem Adil Sheikh said that government stands with IG Kaleem Imam and will not allow the Sindh government to do anything illegal and will approach court if they had to.

On the occasion, Firdous Shamim Naqvi said that the Prime Minister has the right to call any officer and PTI does not call public officers as slaves. The removal of IG Sindh will be in accordance with the law.

Firdous Shamim Naqvi further said that IG Sindh Kaleem Imam should have the right to defend himself. The way with which Sindh government is dealing with the police, is increasing lawlessness in the province.

He said that only God knows what will happen if Rangers is removed from the province. Sindh government wants to suppress the opposition through police.

He said that the recommendations of the names of IG Sindh are issued by federal government, not the provincial government and they will not allow IG Sindh to be removed or transferred.

He announced to go to any forum to prevent removal of IG.