1965 War, songs that stimulated verve and pep among soldiers and nation alike 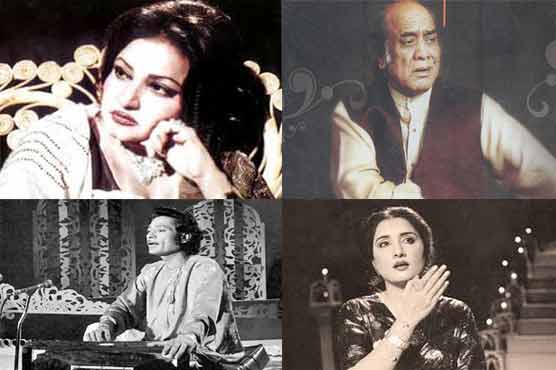 1965 War, songs that stimulated verve and pep among soldiers and nation alike

War anthems during 1965 War played a key role in unifying the entire nation and motivating soldiers.

(Web Desk) – 1965 war was among the events when the entire nation got united as one fist. At the time when Indians crossed Pakistani border from the side of Lahore and attacked ferociously, the then President Ayub Khan declared war. His speech made every Pakistani blood boil. The artist community also stood side by side with their army personnel and the nation. Their songs, with jingoistic lyrics, stirred patriotism among the valiant soldiers who were fighting for the honour of their motherland.

Sometimes words, uttered or written, can do the magic which otherwise might not be possible. Words are stimulant which can provoke enthusiasm and willpower among the people, and this was what happened during and after the war. Lyrics of varied songs sang by reputed national singers boosted the audacity of the soldiers to an extent inconceivable.

“The moment of war has come, this morning India attacked on Pakistan from Lahore,” said President Ayub Khan.

As his speech got on air, national song, “Ae Mard e Mujahid Jaag Zara” could have been listened everywhere. It sparked mettle and valour among the personnel on the line of duty.

Queen of melody Madam Noor Jehan also sang songs pertaining to wars. Her voice touched the heart of almost every solider and common man on roads and streets. She prayed for every solider in her soul voice.

Another masterpiece of Madam Noor Jahan, “Har Lehza Hai Momin” based on Allama Iqbal’s poetry also stimulated a new spirit among the soldiers.

And the list goes on and on; Madam considered it a national duty and invested her time in recording songs in her poignant, comforting voice and goose bumping lyrics.

Mehdi Hassan also considered it vital to record his soulful voice with heart-warming lyrics praising and saluting the valour of Lahore and its citizens.

Classical singer Ustad Ammant Ali Khan was also no less than other. “Aye watan pyare watan pak watan” was recorded in his voice. This song glorified the significance of the motherland.