Imran, Bilawal among 325 others take oath during first session of 15th National Assembly 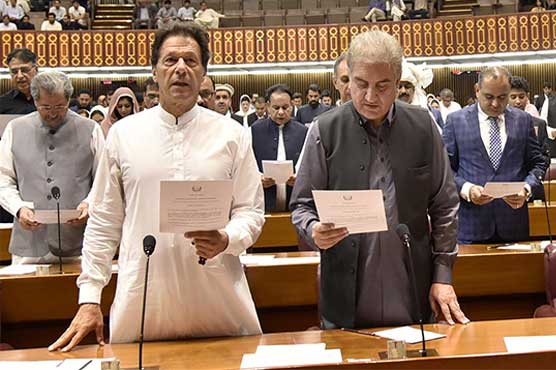 Imran, Bilawal among 325 others take oath during first session of 15th National Assembly

ISLAMABAD (Dunya News) – The first session of 15th National Assembly commenced on Monday as 325 members of the lower house of the parliament took oath after July 25 general elections.

The session begun with the MNAs-elect standing up for the national anthem and was followed by the recitation of the Holy Quran. The speaker then read out the procedure for the election of the new speaker and deputy speaker.

He then administered oath to the MNAs-elect following which they signed the roll of members in alphabetical order. PPP leader Asif Ali Zardari was the first one to sign the roll register. 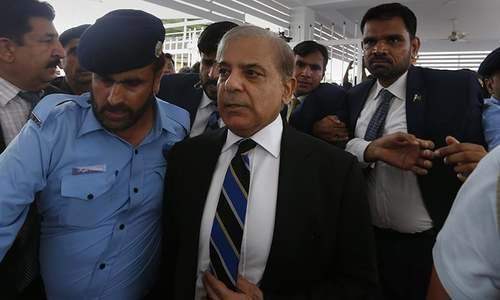 PTI chief Imran Khan warmly met various political members including Bilawal and posed for a photograph with him.

Strict security arrangements were made for the occasion as at least a thousand security men were deployed in and oustide the parliament building. 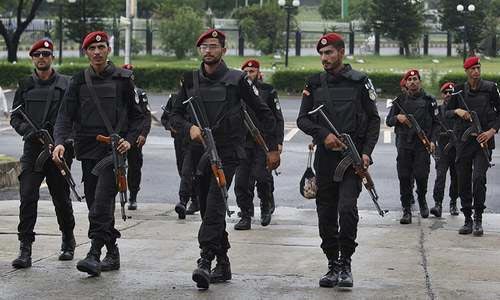 Take a look: Many bigwigs fail to make their way to National Assembly

The Constitution makes it mandatory to convene NA session within 21 days of general elections. After the oath-taking ceremony, the speaker prorogued the NA session until August 15, when the new speaker and deputy speaker of the assembly will be elected.

The deadline for submitting nomination papers for the aforementioned slots is 12am, Tuesday while the voting will take place the same day.

Know More: Elections for NA speaker, deputy speaker to be held on August 15

Former speaker of Khyber Pakhtunkhwa Assembly Asad Qaiser has been nominated by PTI for the slot of NA speaker and will contest against PPP’s Syed Khursheed Shah, a joint candidate of the opposition’s 11-party alliance, Pakistan Alliance for Free and Fair Elections.

On the other hand, PTI chairman Imran Khan will face PML-N president Shahbaz Sharif for the office of the prime minister. The new premier will be chosen on August 17 while the oath will be administered on August 18.

The inaugural sessions of Sindh, Khyber Pakhtunkhwa and Balochistan assemblies were also held today while that of Punjab will be held on August 15.

During the sessions, newly elected members of the provincial assemblies took oath from outgoing speaker. The lawmakers will elect speakers, deputy speakers and leaders of their respective houses.