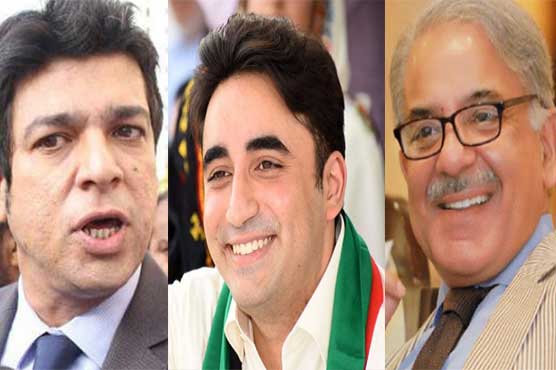 The Constitution makes it mandatory to convene NA session within 21 days of general elections.

On the other hand, former Interior Minister Chaudhry Nisar, ex-prime minister Shahid Khaqan Abbasi and former railway minister Khawaja Saad Rafique were not able to take any seat in the assembly.

Ex-PM Nawaz Sharif, Daniyal Aziz and Talal Chaudhry were disqualified and declared ineligible for the elections due to cases against them.

It is to be mentioned here that outgoing NA speaker Ayaz Sadiq administered oath to 331 MNAs-elect in the 342-member house during 15th session.

On the occasion, strict security arrangements were made as at least a thousand security men were deployed in and outside the parliament building.

The Constitution makes it mandatory to convene NA session within 21 days of general elections.