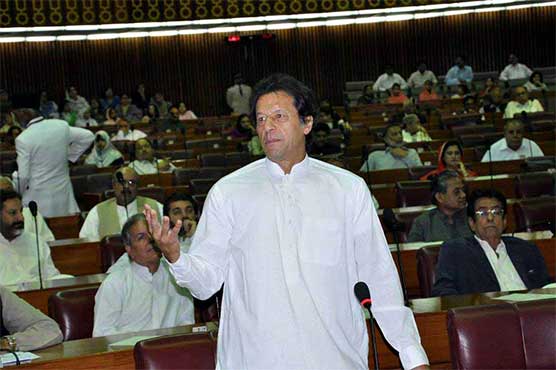 President Mamnoon Hussain has summoned the first session of the National Assembly on August 13. The first sitting of the session will see the newly elected MNAs take oath of their office.

Outgoing Speaker Sardar Ayaz Sadiq will administer oath to the newly elected members. This will be followed by the elections of speaker, deputy speaker and leader of the house.

According to a press release issued by National Assembly Secretariat on Friday, a control room and facilitation Ccentre has been set up in parliament to assist and facilitate the newly elected lawmakers.

Acting Sindh Governor Agha Siraj Durrani has summoned the first session of Sindh Assembly on August 13 at 10am.

During the session, the newly elected members of the provincial assembly will take oath of their offices.

The house will also elect speaker and deputy speakers during the session.

Similarly, first session of Khyber Pakhtunkhwa Assembly will also take place the same day where as many as 113 lawmakers will take oath.

Imran Khan’s PTI party did better than expected to scoop up 16.86 million votes, trouncing the PML-N party of jailed former premier Nawaz Sharif, which finished second with 12.89 million, according to final results released by the Election Commission of Pakistan.

The grand opposition alliance Thursday decided to move resolution in parliament against alleged rigging in elections.

Protest rallies were carried out on the second consecutive day in Lahore, Karachi, Peshawar and Quetta in which the protesters demanded Chief Election Commissioner (CEC) Sardar Raza to step down from his post.

A protest was also organised in front of the ECP office in Peshawar, while a rally was organised by the grand opposition alliance from Railway Station to ECP office in Quetta.

It is pertinent here to mention that PPP leader and former leader of opposition in Natoinal Assembly, Syed Khursheed Shah hinted at forming a parliamentary commission over the alleged rigging in July 25 general elections.