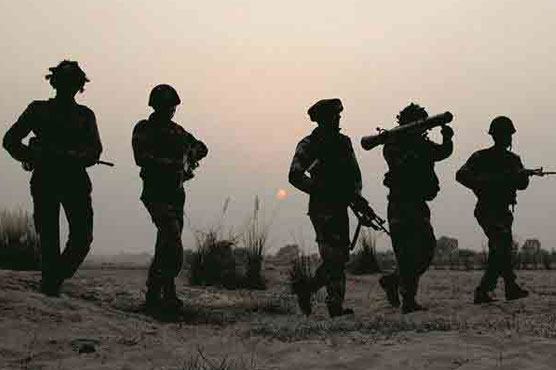 RAWALPINDI (Dunya News) – Indian forces at the working boundary opened fire at a vehicle carrying officials of United Nations Military Observers Group in India and Pakistan (UNMOGIP) on Wednesday during its visit to the Khanjar sector.

The incident occurred today in Khanjar sector where Indian forces opened fire at the UNMOG officials despite the vehicle carrying blue flag which is a part of the procedure. The targeted UN officials belong from Philippines and Croatia.