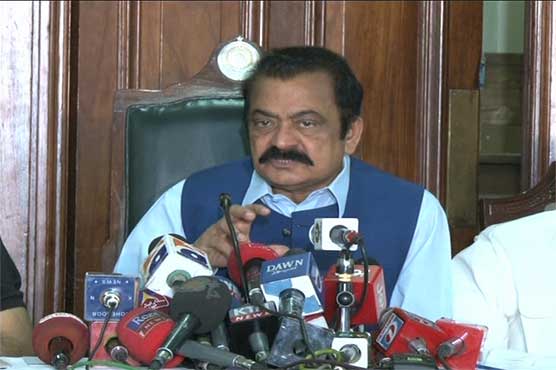 LAHORE (Dunya News) – While responding to the criticism levelled by former president Asif Zardari at PML-N’s election symbol, Punjab Law Minister Rana Sanaullah expressed that if tiger is a predator, arrow is no edible either.

It is pertinent here to mention that Asif Ali Zardari during his yesterday’s press conference censured Pakistan Muslim League-Nawaz (PML-N) and PTI by saying that tiger eventually is a beast who feeds on the weak and tsunami causes damages like it did in KP.

The law minister also claimed that regardless of what happens after the JIT’s investigation in Panamagate, the real decision would come out in the upcoming general elections.

Rana Sanaullah claimed that the JIT could suggest trial at the most after the investigations besides it is not the kind of case in which JIT would give a verdict.

The law minister also took a jibe at PTI Chairman Imran Khan while professing that the matter of Dawn Leaks came to an end, however his antics are not over as yet.