FATA merger in KP not to be rushed, PM assures JUI-F 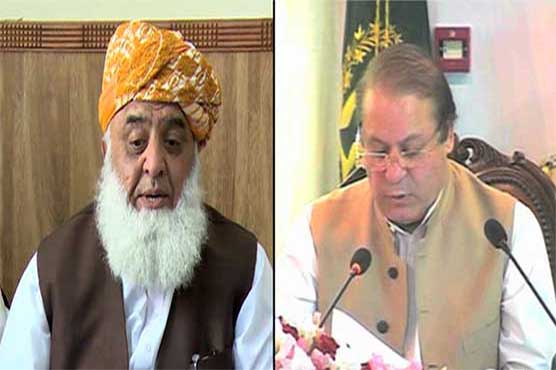 ISLAMABAD (Dunya News) – Jamiat Ulema-e-Islam (F) was assured by Prime Minister Nawaz Sharif that the matter of Federally Administered Tribal Areas (FATA) merger in Khyber Pakhtunkhwa (KP) would not be hurried, according to sources.

JUI-F Chief Maulana Fazlur Rehman had earlier expressed his concerns over FATA merger complaining the government did not take any party in confidence over the required legislation. He demanded to mainstream FATA apart from giving them the right to decide.

At his concerns, the JUI-F Chief was briefed and assured by PM Nawaz that the legislation regarding merger of FATA in KP will; not be hurried. PM also inquired about the health of JUI-F leader Abdul Ghafoor Haideri who survived a terrorist blast in Mastung.

Maulana Fazlur Rehman made contact with Nawaz Sharif through Abdul Qadir Baloch and told him that any decision regarding FATA should be for the local interest.

Another victim of Mastung blast dies