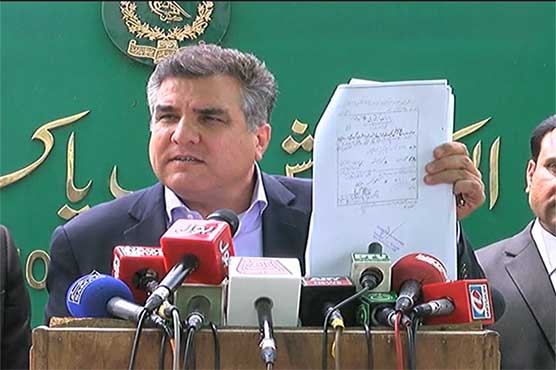 After the hearing, PML-N leader Daniyal Aziz talked to media and revealed that those creating uproar over money trail are now trying to get away with it.

He accused Imran Khan of being a  proclaimed offender  and demanded that the PTI Chairman should present the money trail of his assets.

PML-N leader let it be known that record has been sought from PTI Chairman relating to his party’s accounts however he either move to Islamabad High Court over or is indulged in the contempt of court.

Daniyal Aziz also revealed that Imran Khan usually brings up excuses regarding his lawyer but such sorts of thing will not continue for long,” said Daniyal.

On the other hand, PTI leader Naeemul Haque criticized the government and accused that they are creating hurdles in the Joint Investigation Team (JIT) constituted for Panama Leaks probe.

He professed that Imran Khan’s defense is based on truth and that he has not concealed anything from the public.