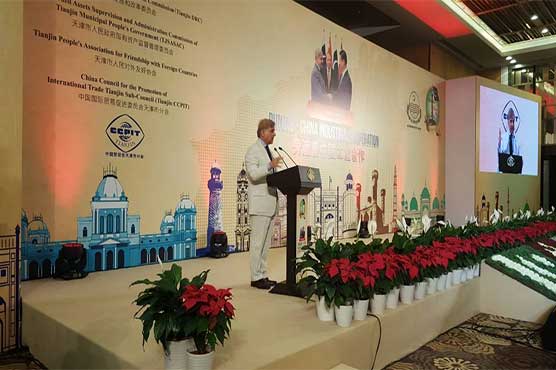 He added that Chine-Pakistan Economic Corridor (CPEC) was based on human prosperity and respect for regional autonomy of all nations.

He said that the speech made by Chinese President Xi Jinping reflected the greatness in his leadership and wisdom.

While praising the Chinese leadership, he affirmed neither China forced its views on other countries nor intervened in internal matters.

“China didn’t seek favours in return for friendship,” he added.

He visited stalls of different companies including automobile manufacturer giant Toyota. Shehbaz Sharif appreciated the performances made by Chinese artists. He also took part in singing a patriotic Pakistani song.