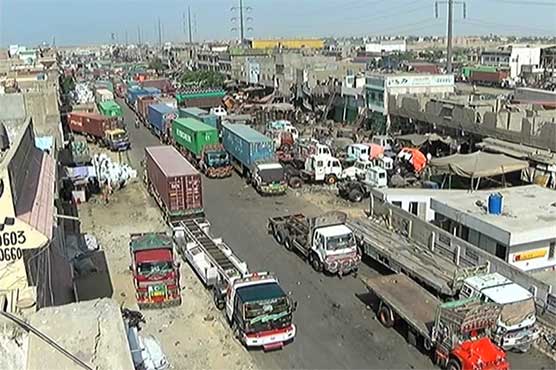 A spokesperson of the Goods Transporters’ Alliance told that they had faced immense loss due to the injustice. He warned about re-organising the strike if certain demands are not fulfilled.

Sindh government reached negotiations with heavy vehicle transporters on the ninth consecutive day of protest. Goods transporters were assured that their demands would be fulfilled.

Sindh Transport Minister had to make various promises to irked protesters in order to establish a compromise.

Earlier, it was reported that Sindh Governor Mohammad Zubair claimed to meet an agreement with Pakistan Goods Transporters’ Alliance to call off the strike whereas the association denied it.

Goods transporters’ strike lasted for nine days as thousands of containers had clogged terminals in Karachi. Export and import trade activities remained suspended and loss worth billions of rupees was suffered by investors, importers, suppliers, exporters, traders and the economy.