It all came as a verbal war occurred between the two during media talk outside Election Commission.

It all came as a verbal war occurred between the two during media talk outside Election Commission after the hearing of PTI’s party fund case. Daniyal Aziz said that those creating uproar over money trail are now running from it. He accused Imran Khan of being a ‘proclaimed offender’ and demanded him to present the money trail of his assets. 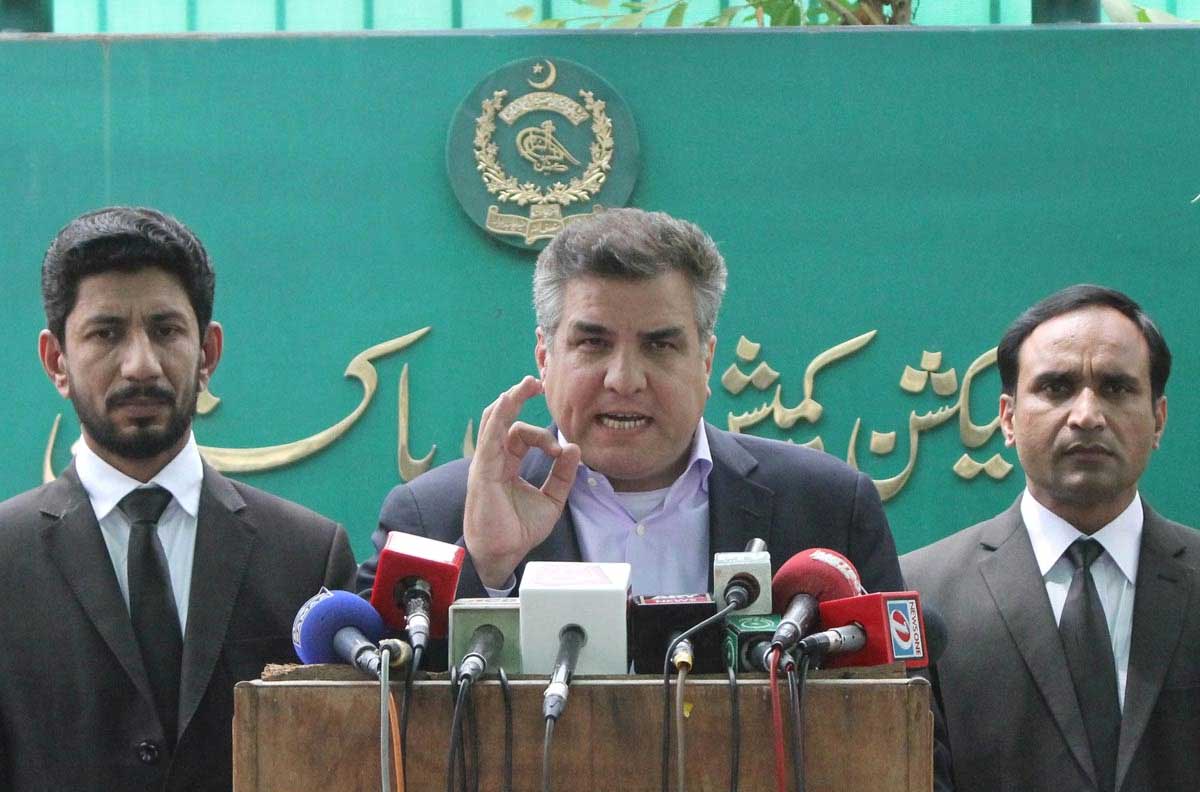 “Record is being sought from Imran Khan pertaining to his party’s accounts. But he either runs to Islamabad High Court or commit contempt of court. Moreover; he usually brings up excuses regarding his lawyer. But this will not continue for long,” said Daniyal.

On the other hand, Naeemul Haque lashed out at the government and laid blame on them that are creating hurdles in Joint Investigation Team (JIT) constituted for Panama Leaks probe. He asserted that Imran Khan’s defense is based on truth as he has concealed nothing from the public.

“Government’s strategy nowadays is to tangle Imran Khan and PTI in as many cases as they can. Take away media’s attention from Panama case, Dawn leaks to these issues,” he stressed.

He also apologised for claiming in his tweet that Tariq Fatemi had gone on recent China visit with government delegation.