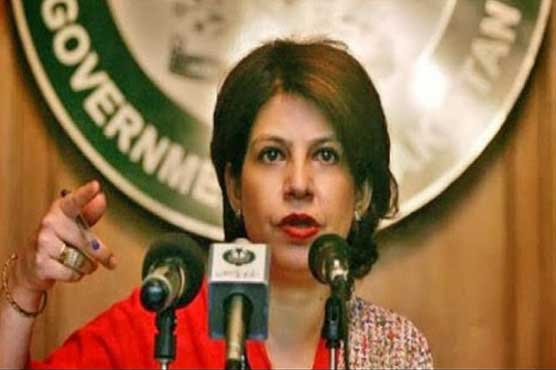 ISLAMABAD (Dunya News) – Foreign Office of Pakistan denied the Indian allegations of infiltration and unprovoked firing across the Sialkot border. Spokesperson of Foreign Office Tasnim Aslam said on Friday that Pakistan firing at LoC comes as retaliation to the bouts of intense firing from the Indian side continuing for past 5 days.

In a weekly briefing to the media, FO spokesperson said that it is wrong to hold Pakistan responsible for the firing at LoC, adding that Pakistan has neither started violations of the ceasefire nor did it escalate the situation. India is continuously violating the ceasefire agreement, said Tasnim. Pakistan did not initiate the firing at LoC but Pakistan’s response has been strong, she told the media.

She said that Pakistan took UN observers to their side of the LoC to show them the after-effects of the firing. She informed that Pakistan has appealed India to allow the United Nations (UN) military observer group to visit the LoC to investigate the recent ceasefire violations.

Pakistan wants to develop peaceful relations with India and has made every possible effort to begin a dialogue process. However, it was India to call off the secretary level talks between the two countries.

She further said that Pakistan will continue to raise the Kashmir issue until a sound solution has been met.

Pakistan has repeatedly condemned the US drone attacks, said Tasnim. She asserted that Pakistan has succeeded in building public opinion on this issue at the international level.