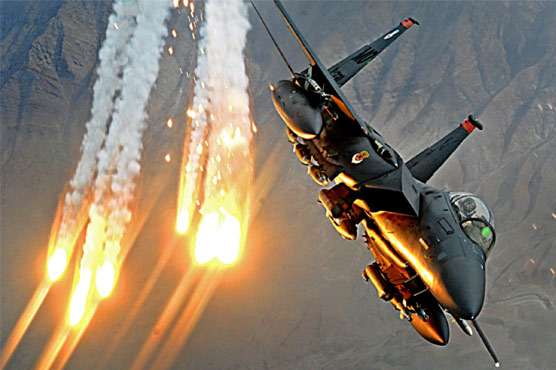 Terrorists fleeing from regions under attack were taking refuge in Bandigar and neighboring areas.

According to an Inter-Services Public Relations (ISPR) press release, Pakistan Army has successfully cleared the areas of Miranshah, Mirali, Boya, Degan and Dattakhel in the ongoing military offensive. Moreover, the militant hideouts have also been destroyed in these areas of North Waziristan.

The ISPR had confidential information that the terrorists fleeing from the regions under attack were taking refuge in Bandigar and other neighboring areas. On the basis of the information, the Pakistan Army carried out airstrikes in Bandigar which resulted in killing 23 terrorists.

The Operation Zarb-e-Azb was launched in North Waziristan against the militants on June 15. The army spokesmen have claimed that more than 1,000 militants have been killed so far and the operation continues successfully.

ECP suspends membership of 154 lawmakers for not submitting tax returns