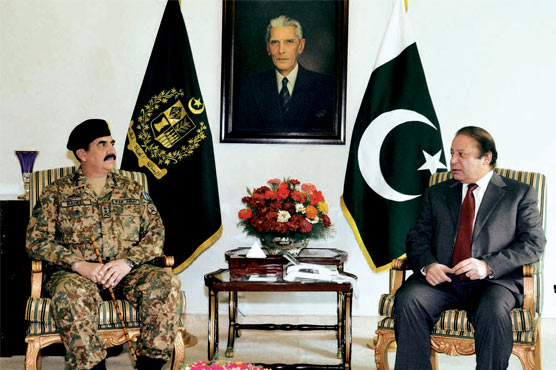 According to sources, the Prime Minister expressed satisfaction over operation’s progress. He also discussed his upcoming visit to the United Sates.

Over 1,000 militants have been killed since launch of the military operation on June 15. Nearly one million people have been displaced due to the operation who now live in camps, rented houses or with communities in nearby districts.

The army says the security forces have cleared some 90 per cent of areas of the militants in major towns in the region, including its headquarters Miranshah and Mir Ali, a stronghold of the militants.

The Tehreek-e-Taliban Pakistan (TTP) and dozens of other groups had established hideouts in North Waziristan, bordering Afghanistan.