16 Bollywood movies banned in Pakistan since 2010 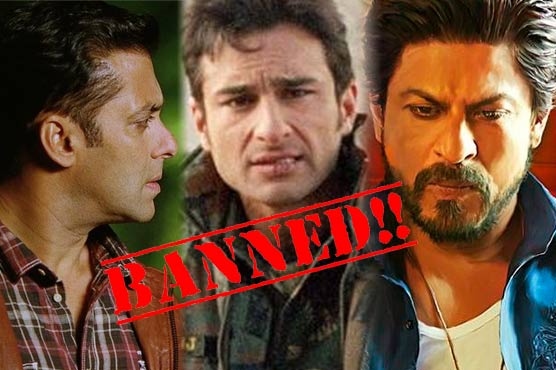 (Web Desk) - India-Pakistan tensions have led to strict censorship and even ban on screening certain movies across the border. 16 Bollywood movies have reportedly been banned in Pakistan due to either objectionable content or controversial topics.

The latest movie to be banned in Pakistan was Bollywood action thriller ‘Naam Shabana’. The ban was placed over ‘objectionable content related to terrorism’. The movie was banned a day after its release. However, it was allowed for screening initially, but a theatre in Islamabad showed it without the mandatory cuts, leading to the ban.

Naam Shabana stars Taapsee Pannu and Manoj Bajpayee in lead roles and was initially released in Pakistan on March 31.

Here is the list of 16 Bollywood movies to be banned in Pakistan since 2010.

Tere Bin Laden (2010): Portrayed 9/11 mastermind Osama Bin Laden in a comic role, the censor board was worried that it could trigger a terrorist attack

The Dirty Picture (2011): Too bold for Pakistani audience

Chennai Express (2013): Delayed to give space to Pakistani movies on Eid

David (2013): Inappropriate portrayal of Muharram processions in a song

Phantom (2015): A plea was filed by JuD chief Hafiz Saeed against the movie because he is shown as the mastermind behind Mumbai attacks

Kapil getting more dislikes on show since Sunil's departure