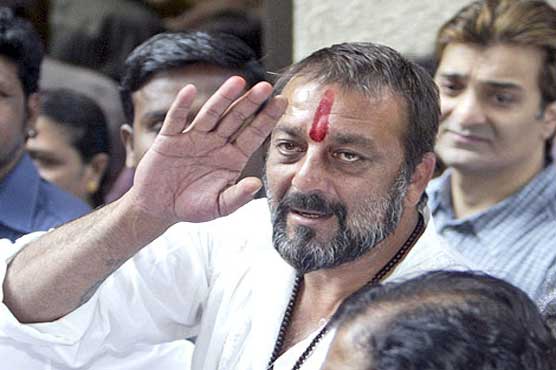 Dutt had submitted an application requesting for a parole in the month of August.

(Web Desk) - Bollywood actor Sanjay Dutt, who was sentenced to 42 months in Yerwada jail for illegal possession of arms in relation to the 1993 Mumbai bomb blasts case, has been granted 14-day parole for medical reasons.

The actor was convicted by a TADA court for illegally possessing a 9 mm pistol and an AK-56 rifle, a part of the consignment of weapons and explosives brought to India for coordinated serial blasts that killed 257 people and injured over 700 in March 1993.

The Supreme Court had in March this year upheld his conviction under the Arms Act but reduced the six years to five.

He had already served a-year-and-half behind the bars before the apex court`s judgement and is undergoing the remaining sentence of 42 months.

Dutt was sent to Arthur Road Jail in Mumbai on May 16 after he surrendered before a designated TADA court and was shifted to Yerawada prison six days later.

Former lovers Anushka, Ranveer to pair up againArfi Lamba says he will be a surprise in PRAGUEGujarati community offended by The Good Road SRK, Bhansali came between Deepika and Vin Diesel?
'The Lunchbox is a strong contender for an Oscar'Landslide kills 13 in MexicoKareena gets mobbed by fans in DubaiIrrfan to interact with dabbawalas for Ritesh Batra's Lunchbox