Now is the time to press Russia for peace, Zelenskiy says 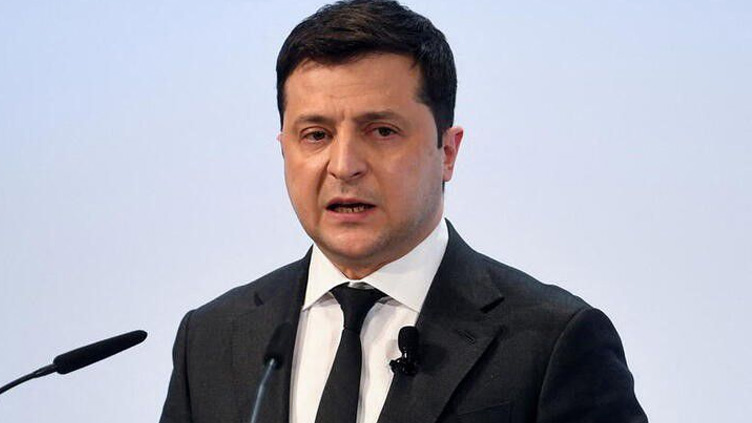 Now is the time to press Russia for peace, Zelenskiy says

KHERSON (Reuters) - Ukrainian President Volodymyr Zelenskiy on Tuesday urged world leaders to back a plan to end the war in his country, saying now was the time to push for peace after Russia’s defeat in the southern city of Kherson.

At the same time, he said Ukraine would not allow Russian forces to regroup after their withdrawal from Kherson, and said there would be more fighting until Ukraine reclaims control of all of its occupied territory.

Zelenskiy made his remarks in a speech to a Group of 20 (G20) summit in Indonesia, where Russia’s invasion of Ukraine was a key focus of discussion among leaders of the world’s major economies.

A day earlier he shook hands with soldiers and waved to civilians during a visit to Kherson, where he said Ukraine had gathered evidence of at least 400 war crimes committed by Russian troops including killings and abductions.

"I am convinced now is the time when the Russian destructive war must and can be stopped," he said via video link to the summit on the island of Bali, according to a copy of his speech reviewed by Reuters.

He called for Russia to withdraw all its forces from Ukraine and reaffirm Ukraine’s territorial integrity, and said Kyiv would not compromise its sovereignty, territory or independence. He also called for all Ukrainian prisoners to be released.

"Please choose your path for leadership - and together we will surely implement the peace formula," he said.

The two leaders "underscored their opposition to the use or threat of use of nuclear weapons in Ukraine," the White House said in a readout of the meeting in Indonesia on the eve of the G20 summit.

"Nuclear weapons should not be used and nuclear wars should not be fought...," Xi told Biden according to China’s Foreign Minister Wang Yi who was at the meeting

Russian President Vladimir Putin has repeatedly suggested Russia could use nuclear weapons to defend its territorial integrity, interpreted in the West as an implicit threat to use them over lands Moscow claims to have annexed in Ukraine.

Xi and Putin have grown close in recent years, bound by their shared distrust of the West, and China has refrained from publicly criticising Russia for the invasion.

Zelenskiy welcomed Monday’s remarks, saying in an address late Monday: "Everyone understands to whom these words are addressed."

The United States expects the G20 to condemn Russia’s war in Ukraine and its impact on the global economy, a senior U.S. official said.

Russia is a member of the group so consensus on Ukraine is unlikely, and the official declined to say what form the condemnation would take.

"Russia’s actions put all of us at risk," he said.

Russia has said Putin is too busy to attend the summit.

Moscow says it is waging a "special military operation" in Ukraine to rid it of nationalists and protect Russian-speaking communities. Ukraine and the West describe the Kremlin’s actions as an unprovoked war of aggression.

Ukraine has repeatedly said it is ready for peace, but will not cede territory.

"Ukrainian servicemen accept no talks, no agreements or compromise decisions," Commander-in-Chief Valery Zaluzhny wrote on Telegram late on Monday after a telephone conversation with the chairman of the U.S. Joint Chiefs of Staff Mark Milley.

Kherson city had been the only regional capital captured by Russia since the invasion in February and Putin had proclaimed it "eternally Russian" six weeks ago.

Olga Fedorova, an English teacher in Kherson throughout the occupation, said lack of electricity or mobile internet connection meant many were unaware of events until Ukrainian troops raised their flag in the main square on Nov. 11.

"We couldn’t believe, we still can’t believe that our Ukrainian army is here," she said. "We have been waiting for them all this time, all this eight and a half months."

Residents in and around Kherson interviewed by Reuters since Friday have described killings and abductions.

Reuters reported one account of a neighbour shot dead and three accounts of people carried off by troops in the village of Blahodatne north of Kherson.

It was not possible to verify the accounts independently.

Russia denies its troops target civilians or have committed atrocities in Ukraine. Mass burial sites have been found in other parts previously occupied by Russian troops, including some with civilian bodies showing signs of torture.

The United Nations General Assembly on Monday voted to approve a resolution recognising that Russia must be responsible for making reparations to Ukraine, in a non-binding move backed by 94 of its 193 members.