Russian strikes cut power in much of Ukraine's Kharkiv 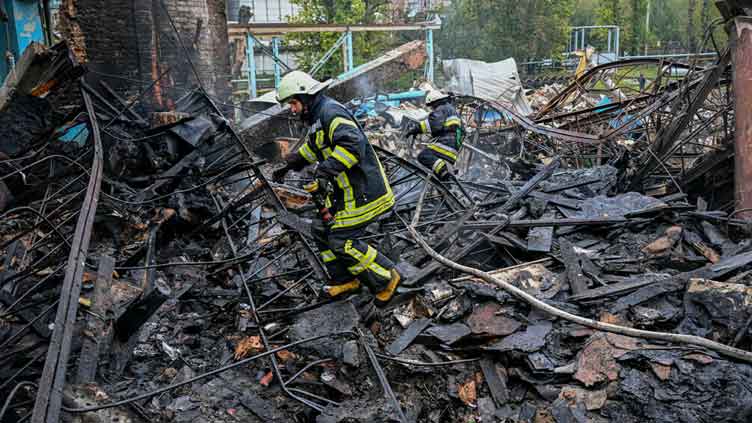 Russian strikes cut power in much of Ukraine's Kharkiv

No casualties were reported.

KHARKIV (AFP) - Russia fired a salvo of missiles at Ukraine’s second city Kharkiv overnight, officials said on Wednesday, hitting a railway yard and knocking out power to more than 18,000 households.

The Kharkiv regional emergency service said the blasts, which were audible in the city centre at around 9:00 pm (1800 GMT) on Tuesday, destroyed an electrical transformer and hit a workshop.

No casualties were reported, but the regional energy company said 18,500 customers in the Shevchenkivsky, Kholodnogirsky and Novobavarsky districts of the city had lost electricity.

Kharkiv residents in these districts woke to find their power cut and commuter trams marooned without current in the streets.

At the railway yard, AFP reporters found fire crews extinguishing a fire left by at least two strikes that demolished an office, ripped up some tracks and destroyed two parked wagons.

The strike came exactly a week after a similar one that hit a nearby rail freight yard as well as residential blocks and raised fears that Moscow, frustrated in its bid to occupy Kharkiv, is targeting civilian sites.