France accuses Russia of using gas as 'weapon of war' 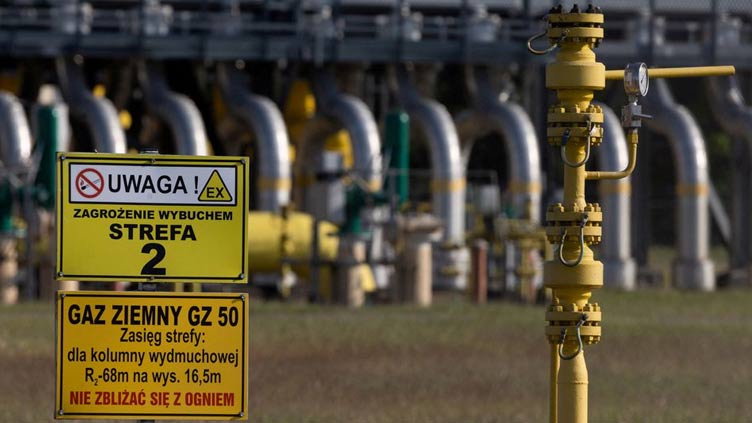 France accuses Russia of using gas as 'weapon of war'

Nord Stream 1 pipeline to be shut Wed-Fri for maintenance.

PARIS (Reuters) - France accused Moscow on Tuesday of using energy supply as "a weapon of war" as Russian gas giant Gazprom (GAZP.MM) reduced deliveries to one of its main utilities and prepared to halt flows along a major pipeline to Germany.

European governments are scrambling to respond to soaring energy costs for businesses and households and to find alternatives to Russian supply to store for winter.

Western nations fear that Moscow is driving up gas prices to try to weaken their resolve in opposing its invasion of Ukraine, a tactic Ukraine’s President Volodymyr Zelenskiy on Monday dubbed economic terrorism. Moscow denies it is doing this.

"Very clearly Russia is using gas as a weapon of war and we must prepare for the worst case scenario of a complete interruption of supplies," France’s Energy Transition Minister Agnes Pannier-Runacher told France Inter radio.

She was speaking after French utility Engie (ENGIE.PA) said it would receive less gas from Gazprom from Tuesday because of an unspecified contractual dispute. read more

Europe is already on notice that supplies will be squeezed as Gazprom shuts off the Nord Stream 1 gas pipeline to Germany from Wednesday to Friday for maintenance.

French Prime Minister Elisabeth Borne on Monday urged companies to draft energy savings plans by next month, warning they would be hit first if France is forced to ration supply of gas and electricity. read more

European energy ministers will hold an emergency meeting on Sept. 9 to discuss the crisis.

Germany is willing to consider a price cap on gas, several Italian newspapers reported on Tuesday, citing a text message sent by the German economy minister to energy ministers across Europe.

An Economy Ministry spokesperson said that Germany will discuss how to break the extreme spiral in gas prices at the energy ministers meeting but did not comment directly on the details of the report.

Italian Prime Minister Mario Draghi, the former European Central Bank chief, has been pushing for such a price cap, and has also called for steps to decouple the cost of electricity from the gas price.

Such a move would allow European households to get the benefits from electricity produced from cheaper sources such as renewables.

The front-month gas contract was down 3% at 259 euros/MWh on Tuesday morning, off all-time highs hit last week, and is trading at levels more than five times those seen a year ago.

The rising cost of the crisis was illustrated when EU member Austria said that it was preparing to pump billions of euros into the electricity company that supplies much of the capital Vienna after a price surge on power markets left it unable to afford the guarantees needed to cover market transactions.

Wien Energie, owned by the City of Vienna, asked the federal government for help at the weekend and the city has identified an "acute financing need" of 6 billion euros. read more

The Hague in the Netherlands, home to EU law enforcement agency Europol, last week said it would ask for a temporary exemption of EU sanctions against Russia, as it struggles to find a replacement for its contract with Gazprom.

Sanctions order governments and other public bodies to end existing contracts with Russian companies by October 10.