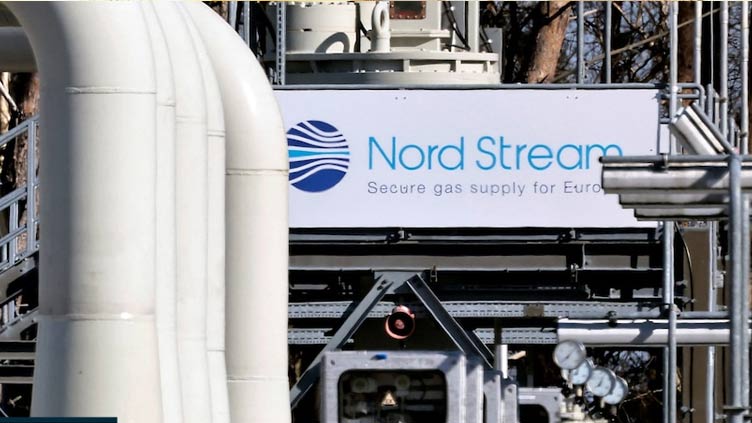 The Russian state-run company had announced Monday that it would choke supply to 33 million cubic metres a day -- half the amount it has been delivering since service resumed last week after 10 days of maintenance work.

EU states have accused Russia of squeezing supplies in retaliation for Western sanctions over Moscow’s war in Ukraine.

Gazprom cited the halted operation of one of the last two operating turbines for the pipeline due to the "technical condition of the engine".

The German economy ministry dismissed the explanation, saying there was "no technical reason for a reduction of deliveries".

Klaus Mueller, head of Germany’s energy regulator, said gas flows had dropped to 20 percent of the pipeline’s capacity on Wednesday from 40 percent.

"We’ll see today if it stays that way," he said in a statement.

Mueller praised consumers and industry for voluntarily reducing energy use, saying that even correcting for warmer summer temperatures, recent consumption had been cut between five and seven percent.

He said this would allow Germany to add to its gas reserves, currently at about 65 percent. Economy Minister Robert Habeck outlined targets last week to reach 95 percent by November 1 ahead of the cold German winter.

"In the autumn the situation will change and gas use will rise," Mueller said, noting the country’s strong reliance for its heating on gas, traditionally imported from Russia.

"Germany has got to use less gas," he said, calling energy part of Russian "foreign policy and war strategy".

The European Union on Tuesday agreed a plan to reduce gas consumption in solidarity with Germany.

"Suddenly we are not the strong ones and are dependent on others’ help," it said.

The Rheinische Post newspaper said the EU agreement was welcome, but its bid to reduce natural gas demand by 15 percent was "modest at best".

"If this coming winter proves particularly cold, or if (President Vladimir) Putin turns off the taps completely, then 15 percent will start looking like a drop in the ocean."