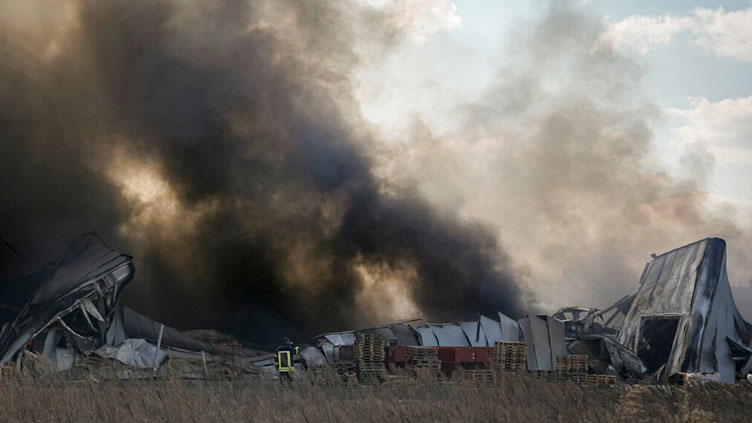 In recent days, Russia has carried out several attacks on military plants in and outside Kyiv.

MOSCOW (AFP) - Russia’s defence ministry said Sunday it struck a military plant outside Kyiv, as Moscow intensifies its attacks on the Ukrainian capital.

"During the night, high-precision, air-launched missiles destroyed an ammunitions factory near the settlement of Brovary, Kyiv region," the ministry said in a statement on Telegram.

The mayor of Brovary Igor Sapozhko said that "some infrastructure objects were hit" in the early hours of Sunday morning.

An AFP journalist in Brovary did not witness any signs of destruction, smoke or fire.

In recent days, Russia has carried out several attacks on military plants in and outside Kyiv.

Last month, Russia said it was withdrawing troops from northern Ukraine -- including from around the capital -- to focus on gaining control of the eastern Donbas region.