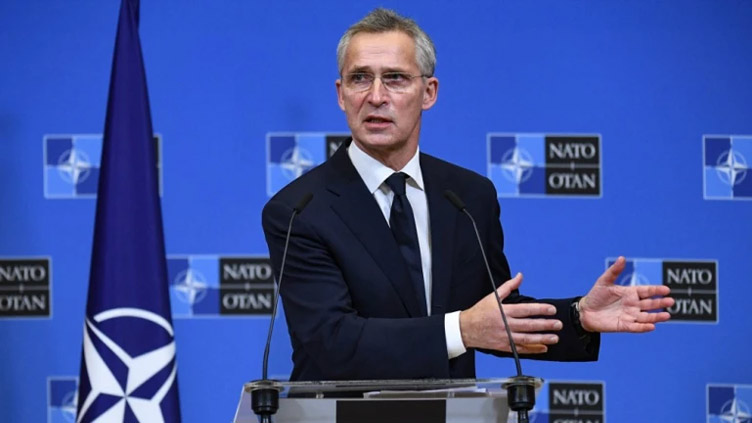 Stoltenberg said the leaders of the US-led military alliance would "address the need for a reset of our deterrence and defence in the longer term", starting with agreeing new deployments to eastern members Romania, Hungary, Slovakia and Bulgaria.

NATO has already rushed tens of thousands of troops to its eastern flank in the wake of Russia’s invasion to counter the threat of any spillover from the conflict into alliance countries.

Ukrainian President Volodymyr Zelensky, whose country is not in NATO, is set to appeal for more weapons and greater intervention in a video address to leaders as he seeks to cajole the West into a tougher response.

"We are waiting for meaningful steps. From NATO, the EU and the G7," Zelensky said ahead of the day of summits of all three organisations in Brussels.

"At these three summits we will see: Who is a friend, who is a partner, and who betrayed us for money. Life can be defended only when united."

NATO leaders are vowing to bolster weapons deliveries to non-member Ukraine and supply protection against chemical and nuclear threats from Russia.

But the alliance has rebuffed pleas from Kyiv to impose a no-fly zone to help halt Russia’s onslaught for fear of getting dragged into a "full-fledged" conflict with Moscow.

"We have a responsibility to ensure that this conflict does not escalate beyond Ukraine that will cause even more suffering, even more death, even more destruction," Stoltenberg said.

US President Joe Biden warned before heading to Europe of a "real threat" that the Kremlin could use chemical weapons in Ukraine.

Stoltenberg told journalists that "any use of chemical weapons would fundamentally change the nature of the conflict".

"It will be a blatant violation of international law, and it will have widespread and severe consequences."