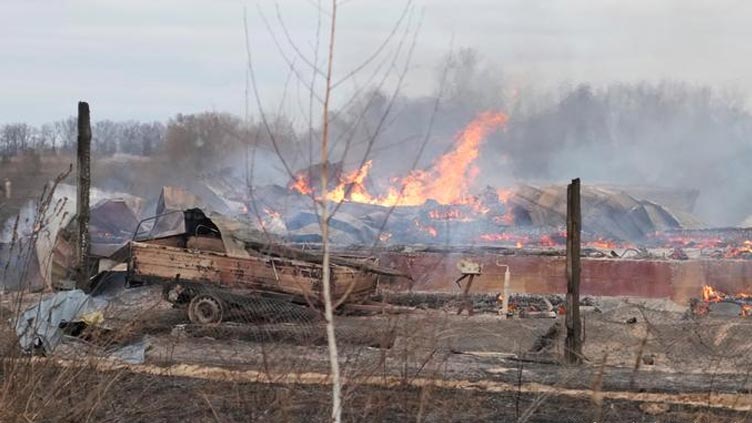 There was no information about casualties.

Russia "launched an air strike on the International Centre for Peacekeeping and Security,", head of the Lviv regional administration, Maxim Kozitsky, said on his verified Facebook page.

The military base is located some 40 kilometres (25 miles) northwest of Lviv.

There was no information about casualties.

Many Ukrainians have fled to relative safety in Lviv since the launch of Russia’s invasion.

A short drive from EU member Poland, the city is also a transit hub for those leaving Ukraine.

Separately, the mayor of Ivano-Frankivsk in western Ukraine said the city’s airport was targeted in a strike.

"According to preliminary information, this morning’s explosions were from an attack on the airport," mayor Ruslan Martsinkiv said on Facebook.