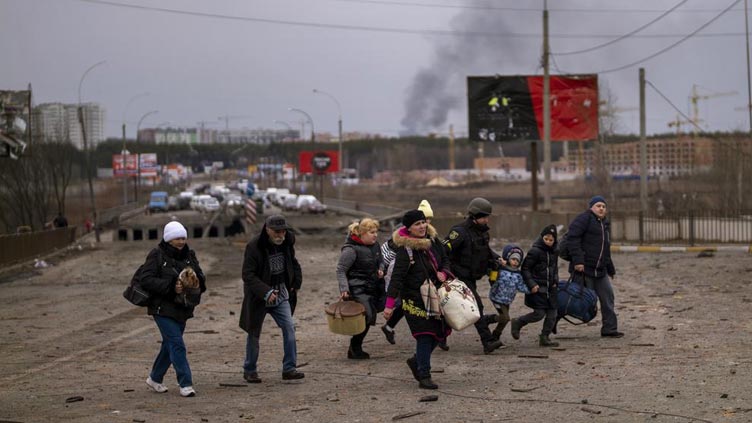 Vereshchuk said Moscow vowed to respect the truce from 9:00 am to 9:00 pm

KYIV (AFP) - Russia and Ukraine on Wednesday agreed a day-long ceasefire around a series of evacuation corridors to allow civilians to escape the fighting, Deputy Prime Minister Iryna Vereshchuk said.

Vereshchuk said Moscow vowed to respect the truce from 9:00 am to 9:00 pm around six areas that have been heavily hit by fighting, including regions around Kyiv, in Zaporizhzhia in the south, and some parts of Ukraine s northeast.

Civilians in areas around the capital, including Irpin and Bucha to the northwest, will be evacuated into Kyiv to escape fierce bombardment by Russian forces.

Civilians have been braving shellfire and aerial bombardments to escape the cluster of towns on Kyiv’s northwestern edge, which have been largely occupied by Russian forces.

An exploding shell killed four people who were trying to reach Kyiv by foot on Sunday.

On Tuesday, some 60 buses in two convoys were able to evacuate civilians out of Sumy, 350 kilometres (220 miles) east of Kyiv, Kyrylo Timoshenko of the Ukraine president s office told local media.

More than 5,000 people were evacuated from Sumy, a town of 250,000 that lies close to the Russian border and has been the scene of heavy fighting.

The UN refugee agency UNHCR has estimated the total number of refugees at 2.1 to 2.2 million.