Pentagon says it does not endorse Turkish operation in Syria 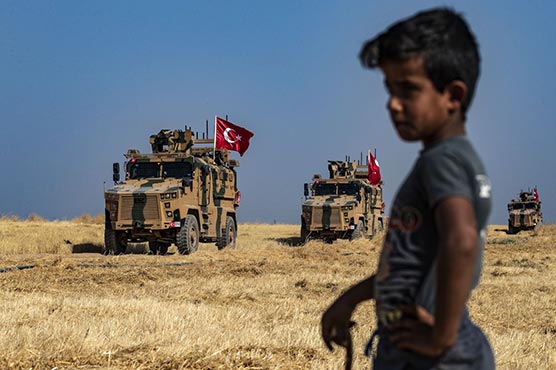 Pentagon says it does not endorse Turkish operation in Syria

The warning came after President Donald Trump announced late on Sunday a pullback of US troops.

WASHINGTON, Oct 7, 2019 (AFP) - The Pentagon said Monday the United States does not endorse a threatened Turkish military invasion of northern Syria, and cautioned that such a move risked destabilizing the region.

The warning came after President Donald Trump announced late on Sunday a pullback of US troops from the Syria-Turkey border, seen as paving the way for the offensive.

"The Department of Defense made clear to Turkey -- as did the president -- that we do not endorse a Turkish operation in Northern Syria," he added.

Hoffman said the US, along with NATO allies and coalition partners, would reiterate to Ankara "the possible destabilizing consequences of potential actions to Turkey, the region, and beyond."

Trump unexpectedly announced the pullback of US forces from key areas of northern Syria, a move widely attacked as abandoning battlefield allies the Kurds, who were crucial in helping to defeat the Islamic State jihadist group.

It sparked concerns that the Kurdish-led Syrian Defense Forces would be forced to abandon some 10,000 captured Islamic State fighters they have been holding, potentially allowing the group to reestablish itself.

If Turkey does invade the area, Hoffmann said, it "would be responsible, along with European nations and others, for thousands of ISIS fighters who had been captured and defeated in the campaign (led) by the United States."