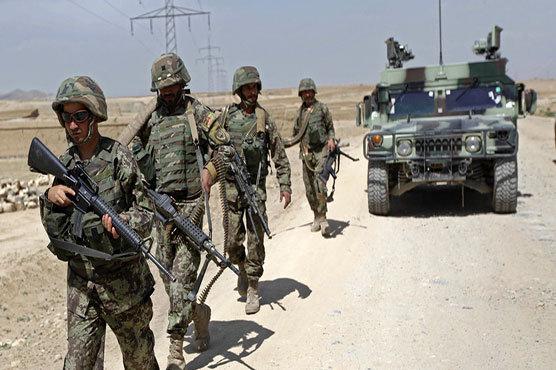 KABUL (AFP) - A US service member was killed in action in Afghanistan on Saturday, NATO said, the latest international casualty that comes as the US tries to forge a peace deal with the Taliban.

"The name of the service member killed in action is being withheld until 24 hours after notification of next of kin is complete," Resolute Support, the US-led NATO mission in Afghanistan, said in a statement.

NATO did not provide any additional details about what happened, and no insurgent group immediately claimed responsibility.

Two US troops were killed last month in an attack claimed by the Taliban, and the US and Afghan forces continue to conduct daily operations against the insurgents.

The US now has some 14,000 troops in Afghanistan -- down from a peak of around 100,000 -- most of them deployed to train and advise Afghan counterparts.

In the nearly 18 years since the US-led invasion to oust the Taliban in late 2001, nearly 2,300 American soldiers have died and more than 20,400 have been wounded.

President Donald Trump has said he wants America out of Afghanistan as soon as possible and his special envoy, Zalmay Khalilzad, is pushing for a peace deal that would see international forces pull out in return for various guarantees.