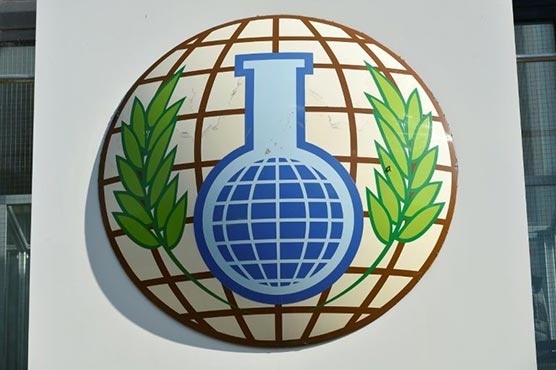 (AFP) – Russia s UN ambassador charged Friday that the UN s chemical weapons watchdog had been hijacked by politics and its mandate derailed after Moscow put forward a draft Security Council resolution on the OPCW.

Western diplomats fear the proposed Russian measure is aimed at weakening the Organisation for the Prohibition of Chemical Weapons (OPCW), which has been at the forefront of efforts to shed light on chemical attacks in Syria.

"We are trying to get the OPCW back on track because it (has) slided off the track and now it is so politicized," Ambassador Vassily Nebenzia told reporters.

"It was always a technical organ where consensus prevailed, and now we see that it is completely politicized, with politicized agenda from various parties."

"We want the OPCW to get back to where it was before," he said.

The draft text, seen by AFP, notes "with concern the continuing politicization of the work of the OPCW" which "significantly reduces the efficiency of the organisation s activities."

The draft resolution states that the Security Council -- where Russia holds veto power -- is the only international body that can impose measures on countries that violate the Chemical Weapons Convention.

The ambassador did not specify when he expected the council to vote on the measure which was presented on Thursday, adding that negotiations were ongoing.

The OPCW agreed last year to set up a mechanism that would identify the perpetrators of chemical attacks, a move bitterly opposed by Russia and Syria.

The West pushed through the new blaming powers after OPCW reports confirmed chemical weapons use in Syria, as well as a nerve agent attack on Russian former double agent Sergei Skripal in the English city of Salisbury in March 2018.

Western powers are calling on the new investigative team to start work on identifying the culprits behind a deadly attack in the Syrian town of Douma in April 2018.