Afghanistan election to be held on time 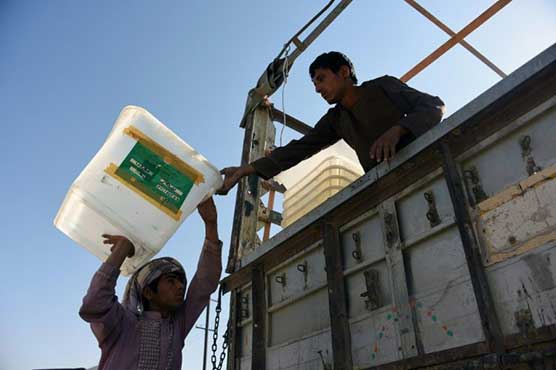 Afghanistan election to be held on time

The Afghan constitution requires the presidential election take place no later than April 22.

(AFP) – Afghanistan s election organisers vowed Tuesday to hold April s presidential poll on time, after fears it could be delayed as they struggle to compile results of the recent legislative vote amid thousands of complaints.

The remarks come as the United States, in a bid to end the 17-year war, spearheads international efforts to engage the Taliban in peace talks that some had feared could be derailed by the April 20 presidential election, which is expected to fiercely contested.

On Monday, spokesmen for the Independent Election Commission (IEC) and the Electoral Complaints Commission (ECC) told reporters they were looking at pushing the ballot back to July 13.

IEC chief Abdul Badi Sayyad said "economic, security and weather situations are forcing us to make some changes to the timeline".

But on Tuesday, officials decided not to delay, releasing a statement on the IEC Facebook page saying the vote would be held April 20 "on the demand of the people and parties".

Presidential, provincial council and district council elections are scheduled to take place across the country in 2019.

A parliamentary poll, which was held in 33 out of Afghanistan s 34 provinces last month, also needs to be carried out in Ghazni where voting was delayed following protests.

The Afghan constitution requires the presidential election take place no later than April 22.

President Ashraf Ghani, who was elected in a fraud-tainted poll in 2014 that was only resolved in a US-brokered power-sharing deal, confirmed earlier this month that he would seek re-election.

It is not certain who will challenge Ghani, but potential rivals are jockeying for the top job, including Chief Executive Abdullah Abdullah, Afghanistan s de facto prime minister.

Last month s parliamentary election, which was more than three years late, was marred by chronic disorganisation and deadly violence. Complete results are yet to be released.

The proposed election date would fit with US envoy Zalmay Khalilzad s hopes of the Taliban and the Afghan government striking a peace deal before the summer.

After a second round of regional meetings that included the Taliban s political representatives in Qatar this month, Khalilzad said he was "cautiously optimistic" for an end to the conflict.

On Tuesday, NATO announced that three US soldiers had been killed in an attack claimed by the Taliban, bringing the total number of American service personnel to die in the country this year to 12.