US concerned over violence in held Kashmir 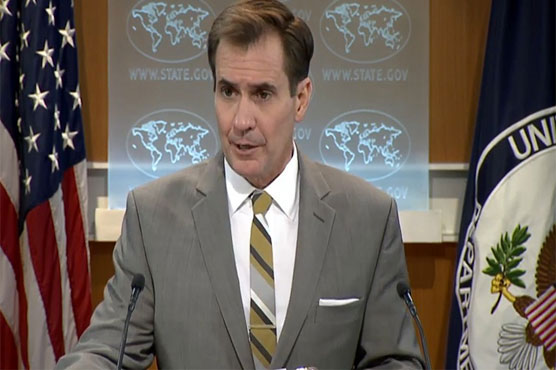 State department spokesperson John Kirby said that US is concerned over situation in Held Kashmir.

WASHINGTON (Dunya News) – US State department spokesperson John Kirby while briefing the newsmen in Washington said that the United State is concerned about the violence in Indian-held Kashmir during which 30 people have been killed by Indian forces.

He further said that US encourages all sides to make efforts towards finding a peaceful resolution. This is really a matter of concern for the Government of India.

Answering a question, John Kirby said that US believes that the Pak-Afghan border region is still a safe haven for many terrorist groups and added that governments in Afghanistan and Pakistan know this themselves and have made efforts in the past to work together to try to address that threat.

He further said that US will continue to urge Pakistan and Afghanistan to work together to eliminate these safe haven that so many groups there still enjoy, because those groups are targeting both Afghan and Pakistani civilians.