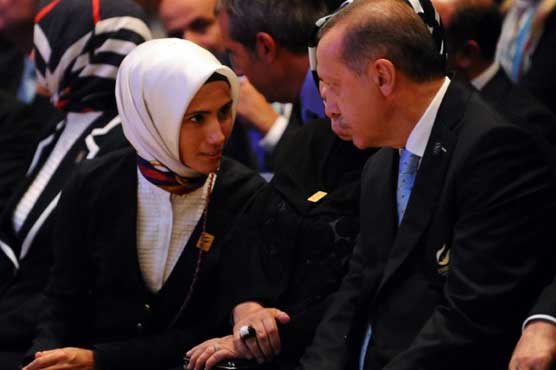 The wedding started with the reciting of Koran, the private NTV television reported.

Davutoglu s appearance at the wedding could dismiss claims of a split with the president.

In a surprise move, Davutoglu last week announced he would step down as premier and leader of the ruling Justice and Development Party (AKP) at a congress later this month.

A heavyweight former foreign minister, he is believed to have been forced out of office due to repeated disagreements with Erdogan and that the key quality in the next head of government would be loyalty.

The high-profile wedding forced the closing of several roads to traffic In Istanbul and additional barriers were put up around the wedding hall in Kucukcekmece on the European side of the city, media reports said.

Sumeyye studied at Indiana Univeristy in the United States and earned a masters degree from the London School of Economics.

She served the AKP government on foreign policy issues when Erdogan was prime minister but after her father was elected president in 2014, she quit that post.

She now works as the deputy head of the non-govermental group Women and Democracy Association (KADEM).

He has been working as chief technology officer at a family company Baykar Makina which manufactures unmanned aerial vehicles. He has taken part in a number of projects on the development of national defence systems.