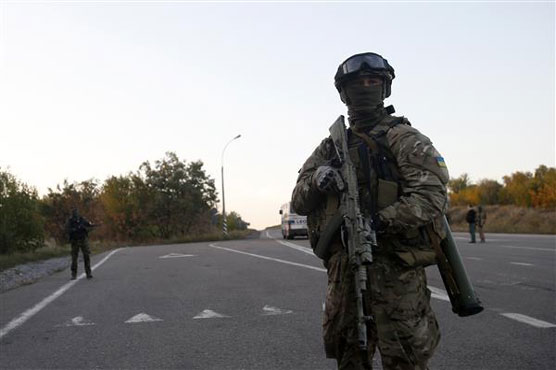 He said the shaky truce in eastern Ukraine is being violated

"We are warning our Ukrainian colleagues against attempts to once again return to the scenario of force," Lavrov said at a press conference in Moscow.

He said the shaky truce in eastern Ukraine is being violated, highlighting a rocket strike on a bus full of civilians on Tuesday that killed 12 people.

"The shooting has become massive," he said.

"The tragedy regarding the deaths of bus passengers is on everyone s lips," he said. "We demand a thorough and objective investigation."

He stopped short of accusing Kiev of hitting the bus, the worst loss of civilian life since a September 5 truce aimed at ending the nine-month war between Ukrainian government forces and pro-Russian rebels.

The Ukrainian government said the rocket was fired from a rebel-controlled area while the insurgents accused Kiev s own volunteer battalions.

"There are... several versions, we need to examine them," Lavrov said, urging the Organisation for the Security and Cooperation in Europe, which has a mission in Ukraine, to shed light on the incident.

A statement on the foreign ministry website described the attack as a "provocation" meant to destabilise the truce.

"We cannot allow criminal provocation to create pretexts for escalation of the situation, militaristic hysteria and resumption of fighting in southeastern Ukraine," it said.