US urges Egypt to lift state of emergency 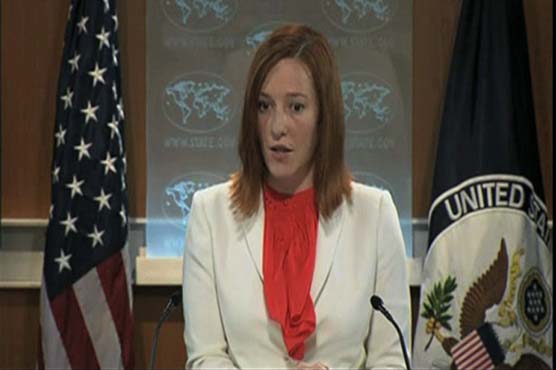 US urges Egypt to lift state of emergency

The US called on Egypt's interim authorities to lift a state of emergency in force since August.

WASHINGTON (AFP) - The United States called again Thursday on Egypt s interim authorities to lift a state of emergency in force since August, which Cairo said it is extending for two months.

"We remain opposed, as we have from the beginning, to the state of emergency. And we urge the interim government to end it immediately," State

She pressed Cairo "to create an atmosphere where Egyptians on all sides can peacefully exercise their right to freedom of assembly and expression."

"The interim government and military must ensure due process and that any citizens arrested by police or military are referred only to civilian courts," she said.

Egyptian authorities said Thursday they had extended the state of emergency that has been in force since mid-August, at a time when deadly unrest swept Egypt following the ouster of Islamist president Mohamed Morsi.

The state of emergency was declared on August 14, the day the army -- which had installed an interim government -- dispersed two Islamist protest camps, killing hundreds of protesters.

In the days following, at least 1,000 people were killed, most of them Morsi supporters.

Egypt s authorities have also rounded up dozens of senior leaders of Morsi s Muslim Brotherhood, crippling the group and leaving it unable to rally huge crowds to protest for Morsi s reinstatement.

The US has never qualified the ouster as a "coup," though Secretary of State John Kerry condemned last month s crackdown as "deplorable" and has called for a return to democracy.

Washington has also cancelled military exercises with Cairo and delayed the delivery of combat aircraft.

However, the US government does not plan to freeze military and economic aid, worth $1.55 billion a year, although the issue is still officially under review.