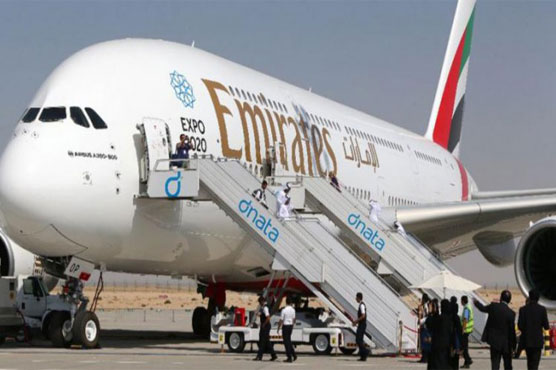 The 16-year-old stowaway was found after the flight from Shanghai landed in Dubai.

DUBAI (AFP) - A Chinese teenager hid in the cargo hold of an Emirates airliner during a nine-hour flight to Dubai where he hoped to make a fortune, describing the journey as "comfortable", reports said Wednesday.

The 16-year-old stowaway was found after the flight from Shanghai landed in Dubai on Friday, the English-language daily 7Days reported citing police.

"He told us that the bags section in the plane had been comfortable," said Dubai’s assistant police chief for ports and airports, General Ahmed bin Thani.

"He planned to come to Dubai after hearing about the lifestyle, and he was looking to make money," he added.

Speaking through a translator, the stowaway from Bazhong in southwest China said he heard an online rumour that "even beggars" can make good money in Dubai, the paper said citing Chinese media.

It was unclear how the teenager, who remains in custody in the Gulf emirate, got into the cargo hold, which is usually pressurised and temperature-controlled, unlike wheel wells where stowaways risk death due to freezing temperatures and a lack of oxygen.

Panama Leaks: Bilawal to go to Dubai to seek consultation from Asif Zardari