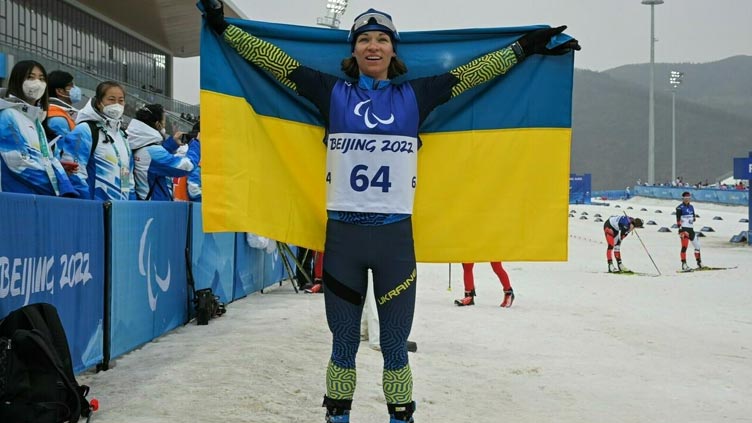 BEIJING (AFP) - The flame will be extinguished on Beijing’s Winter Paralympics on Sunday after nine days of stellar performances from the host nation and Ukrainian athletes reeling from Moscow’s invasion.

The Bird’s Nest stadium will host the closing ceremony where China will hand the baton to Italy’s Milano-Cortina, which will stage the 2026 Winter Games.

But CCTV has not responded to the IPC’s questions or provided any guarantees that it will not act in similar fashion during the closing ceremony.

The lead-up to the Games was overshadowed by controversy over whether athletes from Russia and ally Belarus should be allowed to compete.

The International Olympic Committee (IOC) had urged sporting federations across the world to exclude athletes from those nations.

The IPC initially said it would allow the athletes to compete as neutrals, but after threats of boycotts from other competitors and tensions rising in the athletes’ village, organisers banned them from the Games.

After an arduous journey to get to the Chinese capital from their war-torn homeland, Ukraine’s athletes finished a remarkable second in the medals table behind hosts China after their best performance at a Winter Paralympics.

One athlete learned her soldier father had been taken prisoner by Russian troops while another won a gold medal days after discovering her home in Kharkiv had been bombed.

Ukraine’s team finished with 29 medals in all with 11 gold medals in biathlon and cross country skiing.

Ukraine took their final gold in the open cross-country relay on Sunday, ahead of France and Norway.

Parsons had paid a glowing tribute to the Ukraine team on Saturday. "To compete here at such a high level knowing their family and nation is under attack is just incredible," he said.

"It’s one of the most incredible displays of resilience I’ve ever seen in my life, in or outside of sport."

It was the host nation China who emerged as the new Winter Paralympics powerhouse -- topping the medals table ahead of Ukraine with 18 golds and 61 medals in all.

China made their debut in 2002 but only recorded their first medal -- a gold in wheelchair curling -- at Pyeongchang in South Korea only four years ago. The speed and scale of success in Beijing has surprised some Chinese athletes.

"We weren’t really aware of our level before these Paralympic Games, because we haven’t been competing abroad much lately," said Liu Sitong, 27, who won two bronze and one silver medal in women’s sitting alpine skiing races.

On the last day of competition Sunday, the United States swept past Canada 5-0 to take the para-ice hockey gold.

"It is pretty heavy on the heart right now," said Canadian forward Tyler McGregor. "I think it is going to take some time to move past that. You have to take pride in getting here and the process of the last four years."

American skiers dominated in the mixed cross-country relay at Zhangjiakou, sharing the podium with China and Canada.

At the Alpine skiing at Yanqing, golden runs continued for Italy’s Giacomo Bertagnolli, 23 in the slalom vision-impaired and for France’s Arthur Bauchet in the standing event.

In the men’s sitting category Norway’s Jesper Pedersen, 22 claimed his fourth gold of the games to go with a silver.